The Heirok assembly constituency MLA said serving the people is the purpose of politics. 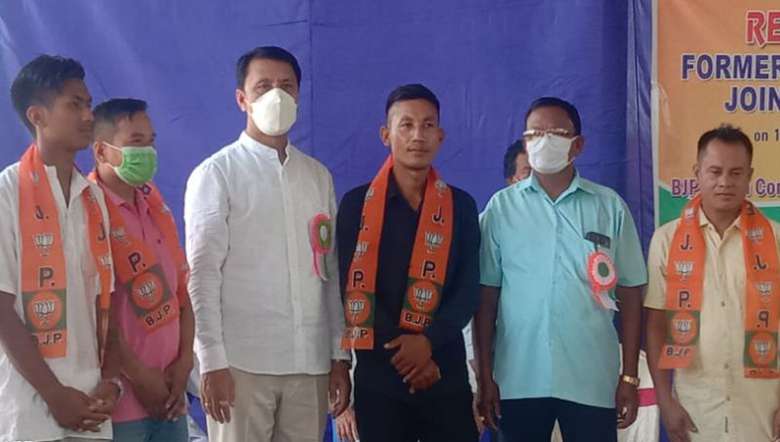 Heirok assembly constituency MLA Thokchom Radheshyam on Sunday urged the people not to indulge in the habit of mudslinging whenever an election draws near.

He was speaking at the reception ceremonies organised for 61 new persons who joined BJP. These voters from polling number 33/8 Shikhong and 33/20 Thokchom village under Heirok assembly constituency had earlier supported Congress party and NEIDP before joining the BJP.

“Serving the people is the purpose of politics. Looking after the people’s needs, filling up the requirements in terms of connectivity, and keeping the people satisfied is politics,” he said.

Urging the people to cast their votes to the candidates of their choice, he said those who are extending support to the BJP are appealed not to indulge in mudslinging, quarrelling, and breeding hate among family members in connection with the upcoming elections.

He lauded the measures undertaken by Thokchom village to combat the spread of COVID-19 when cases surged during the second wave of the pandemic. “Although the village was hit hard by the pandemic, our united efforts managed to turn the tide and this showed our strength,” he added.

Considering the grievances of the Sikhong villagers, he announced that the villagers will no longer face shortages of electricity.

He also announced that an Eidgah to offer prayers by the Muslim brethren of Shikhong village will be constructed. Further process to upgrade a primary school will be made after the election, he said.