So far 2,000 mobile phones have been distributed to college students of around 45 government colleges in Manipur. 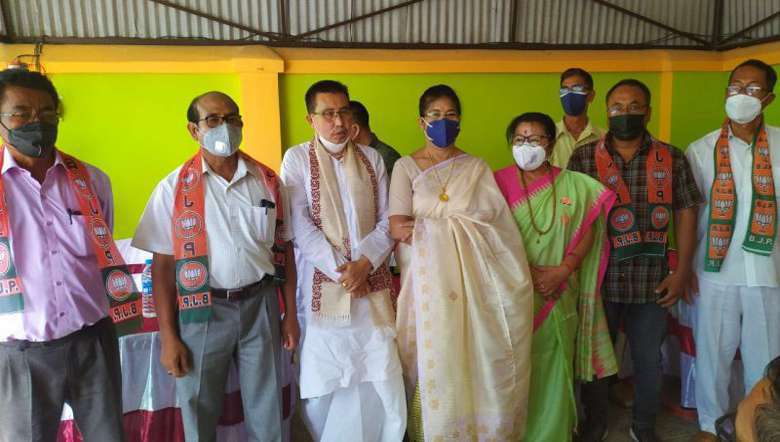 Manipur Education Minister Sorokhaibam Rajen on Sunday said that the state government will provide free mobile phones under the Chief Minister's E-Support Scheme to students of Class XI and XII who are below the poverty line,

The minister made the announcement during a reception ceremony of newly joined BJP members of Lamshang Mandal held at Leitong on Sunday, organised by BJP Lamshang Mandal. Altogether 221 new BJP members were felicitated during the function.

Addressing the function as chief guest, Rajen said that considering the inconveniences faced by BPL students in attending online classes as most of them do not have mobile phones, the state government has started distributing mobile phones under Chief Minister's E-Support Scheme. So far 2,000 mobile phones have been distributed to college students of around 45 government colleges.

For the next round, the government is set to distribute mobile phones to students of Class XI and XII. The students will be selected based on the names submitted by the school authorities, he informed.

He continued that as Manipur being one of the economically backward states, it is much necessary to improve the government schools so that every child is not left out to enjoy the privilege of right to education. The present government is putting all possible efforts to regain the standard of government schools which existed at one point of time.

As a result, the number of students’ enrolment in government schools has increased from 26,000 to 36,000 this year, he added.

Stating the essence of providing quality education for human resource development, he said that many people of Lamshang AC hardly pursue higher studies due to poverty as the area does not have adequate facilities to get affordable quality education. Eventually, the people of this assembly constituency have remained incapable of applying for any high ranking government job.

To solve this issue, Lamshang Praja High School and Khongampat High School were upgraded at the level of higher secondary, he informed while adding that various developmental works have also been taken up in the assembly constituency.

The programme was also attended by BJP Manipur Pradesh president, A Sharda Devi along with president of BJP Lamshang Mandal.