Ningombam Helendro Singh was accorded a warm reception by Manipur Pradesh Congress Committee (MPCC) in a ceremony at Congress Bhavan Imphal on Sunday. 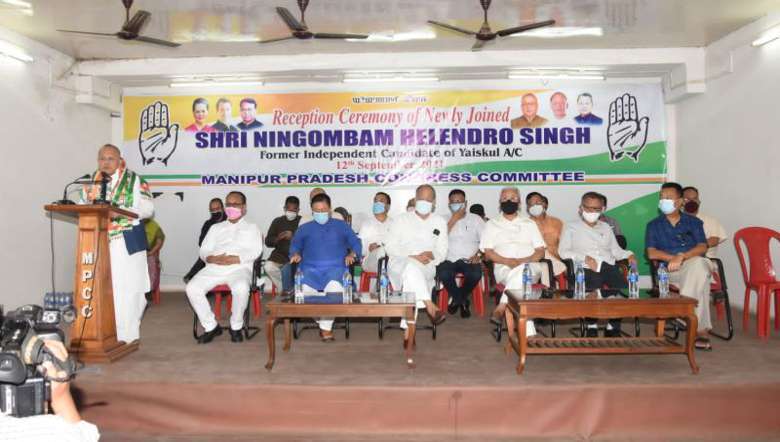 Singh was accorded a warm reception by Manipur Pradesh Congress Committee (MPCC) in a ceremony at Congress Bhavan Imphal.

Speaking at the reception ceremony, MPCC president N Loken Singh claimed that the state BJP government has not been able to complete and inaugurate different projects started by the previous Congress government in the state.

Loken mentioned that the BJP-led government in its governance for more than four years has not been able to complete the new secretariat building.

The BJP-led government has suppressed the voice of the people and media in the state, Loken said and added that people have been waiting for the right time wherein the BJP government in the state could be overthrown.

Loken said, “We know that people in the state will teach a lesson to the BJP in the upcoming state assembly election in 2022.”

He said the state government as well as the BJP leaders at the Centre had made claims to improve the condition of Imphal-Jiri road (NH-37).

However, the public must be aware about present conditions of the highway and the problems faced by the drivers plying along the road through media and social media as well, Loken said.

During his speech, Helendro said he has a firm belief that the Congress party will form a new government after the 2022 state assembly election and expressed hope that he will emerge victorious in the election from Yaiksul assembly constituency.