In this column, the author discusses the issues of delayed third wave in India, the global COVID scenario, necessary preparations for the third wave, and the urgent need to scale up vaccinations. 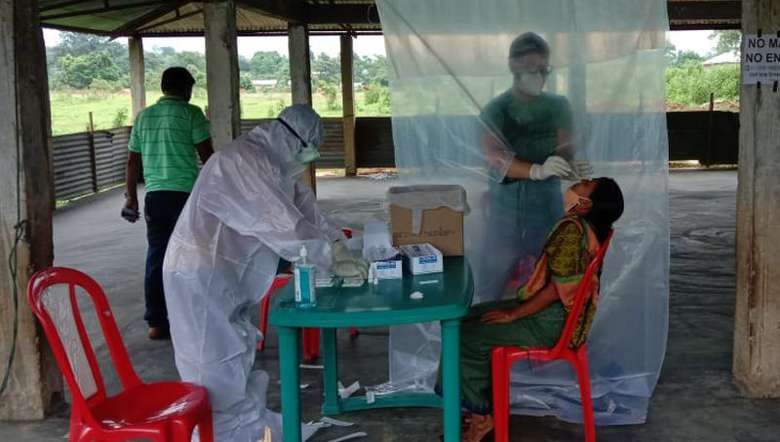 Luckily for all of us, the third COVID wave hasn't hit India as feared. Can we naively assume that the third wave is not coming? We may hope for the best, but prepare for the worst!

It would be too premature to conjecture that the third wave has skipped our country. New daily infections in India have been consistently between 30,000-45,000 for the past several weeks. Test positivity rate (TPR) is still 10 per cent and above in 35 districts and between 5-10 per cent in 30 districts (The Mint, Sep. 11, 2021). Kerala, Northeastern states and Maharashtra pose the greatest threat for triggering a possible third wave sometime in October 2021, as the virus surge among the unvaccinated people, compounded by easing of restrictions across the country, crowding in upcoming festivals, and imminent elections in 5 states.

As Dr N K Arora, NTAGI Chief, aptly said, vaccines are quite effective in preventing severe disease, hospitalizations and deaths; they are not so effective in preventing infections. So the virus can still be transmitted by even the fully vaccinated people and would continue to surge among the unvaccinated and, quite possibly, among the kids. In addition, the Delta variant is much more transmissible and may even partly evade the immune response. It also leads to 1,000 times higher viral load in the infected person; and, it has shorter incubation time (three-four days) compared to the original coronavirus (six-seven days). Therefore, this variant poses much more risk of spreading quickly among the unvaccinated, elderly and people with weak immune systems, and the kids (if the schools open up widely). Therefore, three-four things are essential to prevent or postpone the third wave: speed up vaccinations in a targeted manner, follow COVID-appropriate behaviour (CAB) religiously, strengthen the healthcare infrastructure to match the projected figures in the third wave, and postpone easing of restrictions till TPR is maintained at below five per cent for over two weeks.

US remains the worst affected with more than two lakh new daily cases in the last few days. Infections remain high in several countries including UK, Turkey, Brazil, Malaysia, Philippines, Thailand, Iran, Russia, and France etc. where the number of daily cases range from about 10,000 to over 30,000. One must minutely note that infections are surging even in highly vaccinated countries e.g. US and UK (where the fully vaccinated population is over 50 per cent). Even Israel which is highly vaccinated has already started booster shots of several sections of its population (The Pioneer, Sep. 11, 2021).

Even though nobody is sure about when and at what scale the third wave is hitting India, major cities and medical centres have strengthened the necessary healthcare facilities such as hospital beds, oxygen plants and pipelines, ventilators, and ambulances etc. Ganga Ram hospital is raising its oxygen storage capacity by 50 per cent and it has laid 1 km-long pipeline that can carry the gas directly to ICUs (The Wire, Sep. 11, 2021). Dr Satendra Katoch, medical director, said that the hospital continues to prepare for the worst.

As there is a likelihood that kids may be affected in a big way in the third wave (as more and more adults are getting vaccinated), there is the imperative need to scale up facilities for children such as pediatric wards, beds, ICUs, ventilators, oxygen concentrators, and ambulances etc. The number of pediatric doctors and nurses must also be correspondingly enhanced.

Over 50 per cent of India's population has got at least one dose of the vaccine and only about 18 per cent of the population has been fully vaccinated (received two shots). The number of fully vaccinated people is not high enough to face a possible third wave. However, many experts are of the view that, as per sero-survey reports, about 70 per cent of the Indian population has been exposed to the virus and only 30 per cent remain susceptible to the coronavirus. So, Dr Manindra Agrawal, IIT, Kanpur opines that the third wave risk in India is rather slim now (India Today, Sep.7, 2021). However, one must note that only one dose of vaccine isn't very effective in preventing infections and even in fully vaccinated people, the immunity wanes significantly over time. Only people who got infected earlier and later got vaccinated show the best immune protection!

Therefore, we must consider giving booster (third) jabs to certain categories of people such as the elderly, those with weak immune systems, and those who got vaccinated in the first phase. In addition, as a single dose isn't highly efficacious, we may seriously consider if we can reduce the gap between two shots, from 12-16 weeks to, say, six- eight weeks.

Despite Dr Agarwal's viewpoint, the third wave scenario may get unpredictable, if a new strain which is highly transmissible and/or partly/fully immune-resistant emerges. We must keep close track of current variants and emerging variants through regular genomic surveillance. The world is closely monitoring a few variants that may become concerning: Lambda, Epsilon, C.1.2, Mu, and sub-lineages of Delta such as AY.4 and Ay-12 etc. Lambda was surging earlier in some parts of the world but has since receded, Epsilon, C.1.2 and Mu variants could pose serious risks but they haven't been detected in India yet. However, given the population size of our country and the huge unvaccinated population, it's too early to rule out the rise of a risky new variant or its arrival from abroad.

Another thing of worry is that the so-called 'herd immunity' may turn out to be an alluring mirage, after all, amidst infectious variants such as Delta. Dr Gregory Poland, Mayo Clinic, US is of the view that herd immunity may only be achieved only if we can invent 'transmission blocking vaccines' (NDTV, Aug. 16, 2021). We earlier assumed that we can possibly achieve herd immunity if we can inoculate 60-70 per cent of our population. But, with the presence of highly transmissible strains e.g. Delta, we may have to raise the bar. Perhaps we need to vaccinate 90 per cent of the population. There is still the fear that herd immunity may not be reached even after inoculating 95 per cent of our population.

The take-home message is that while we increase the pace of full vaccinations of our eligible population and scale up the healthcare infrastructure, we must strictly follow/abide the CAB and non-pharmaceutical interventions such as masking, sanitizing, and distancing. Crowding must be banned irrespective of the type of crowds: religious, cultural, political, even educational!

Human lives are precious, we have lost many a lives in first and second waves, and we cannot afford to lose many a lives once again in the third wave.