One driver told the Imphal Free Press that as there is a small turnout of passengers, they have to double the bus fare from the normal rate. 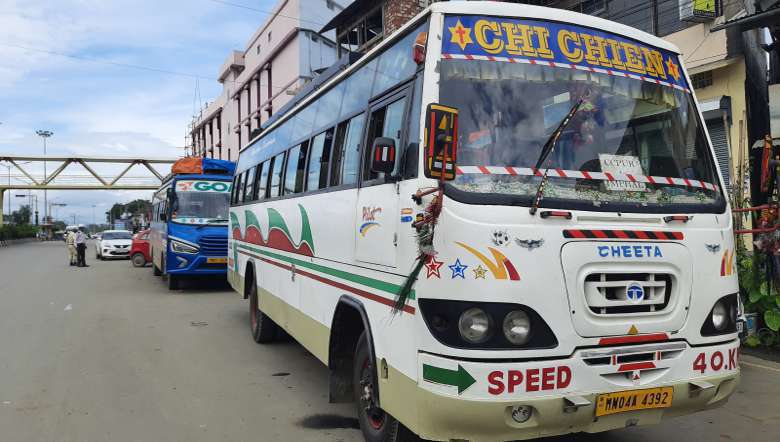 As per the government order issued on Tuesday, all interstate bus services except those permitted by the home department are prohibited. All auto rickshaws and taxis remain prohibited, it stated.

Following the state government order, Imphal to Churachandpur district bus service resumed on Wednesday with nine buses operating for the day. However, other district bus terminals were still empty.

The number of buses plying between Imphal to Churachandpur used to be around 60 earlier.

One driver told the Imphal Free Press that as there is a small turnout of passengers, they have to double the bus fare from the normal rate.

The Bus Owner Association said it will convene at meeting late evening today.

The government on Tuesday announced complete lockdown and curfew in all containment zones as notified by the deputy commissioner concerned till July 15, in view of the rapid increase in the number of infected persons and sizeable number of persons returning by flights from cities having high infection.

The order issued by chief secretary J Suresh Babu stated that there will be complete curfew in the entire state from 6 pm to 5 am until further order or till July 15.