The NPP national president said that round 30 candidates will be contesting from the party for the coming election. 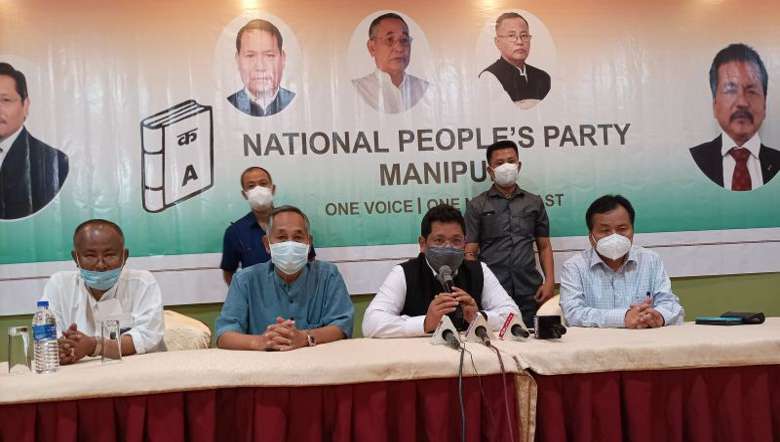 National People’s Party (NPP) national president Conrad Sangma, during a press conference at Classic Grande, Imphal East on Saturday said that NPP will be contesting in the upcoming Manipur legislative Assembly election individually with ‘no pre-poll alliance’ and around 30 candidates would be contesting from the party for the coming election. However, the number of candidates may be increased,” Sangma said

The Meghalaya chief minister arrived in Imphal on Saturday to discuss the matters on Manipur assembly election to be held in 2022 with the state party leaders and workers.

“The party is very firm on its ideology of creating and giving the platform to the people of northeast in order to ensure that the voice of our people and issues of our regions are heard at national level,” said Sangma.

He also said that a new unit of the youth wing of National People’s Party has been established.
“In the coming days, more people will be joining the party and in the coming election NPP will be an important force in the state of Manipur and the region as a whole,” said the NPP national president.

Responding to the media persons, Sangma said that at present, NPP has a majority of more than 30 seats of willing candidates for the coming election. The party is precise that the NPP would like to have a good fight in every constituency and proper research for each assembly constituency has started. After monitoring the situation of the research, the final number of candidates for the party will be announced, he added.

Recently in Manipur, BJP has also announced that they will not have a pre-poll alliance in the coming election. Based on the outcome of the NPP candidates and political scenario, the party will decide on how to move further, said Sangma.

He said that the NPP will prioritise on the issue of unemployed youths, infrastructure development, healthcare, farmers, women and particularly development of the education sector in the region.