The Manipur chief minister urged the banks to support and encourage the entrepreneurs, farmers, weavers, artisans etc. to expand and improve their business. 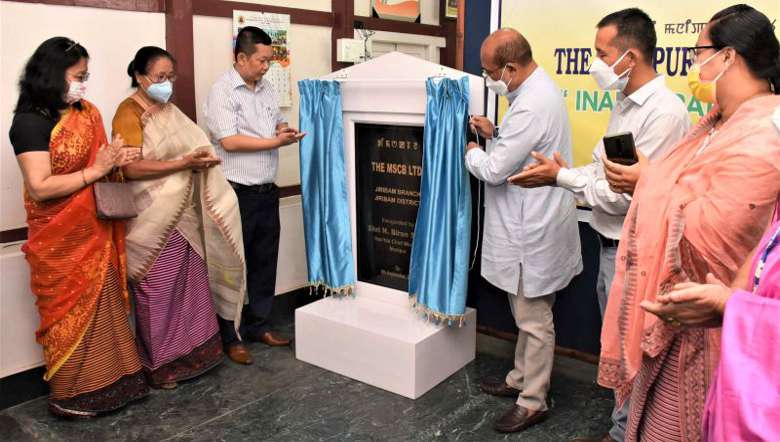 He was speaking at the opening ceremony of the Jiribam district branch of Manipur State Cooperative Bank Ltd. (MSCB) through videoconferencing at the Chief Minister’s Secretariat on Thursday.

Delivering his speech, he urged the banks to support and encourage the entrepreneurs, farmers, weavers, artisans etc. to expand and improve their business. He lauded the efforts of MSCB towards the development of rural economy and uplifting the lives of the people.

N Biren Singh said that the Imphal-Jiribam road would be converted into a double lane soon. The state government has received a sum of Rs 480 crores for disbursal of land acquisition compensation, he added. He further mentioned that the construction of Barak bridge is almost completed and it will be inaugurated next month.

On the occasion, he congratulated DC, SP, CMO, doctors, nurses, Asha workers among others, of Jiribam district on becoming the first district to achieve 100 per cent vaccination with the first dose against COVID-19 in the state. He said, the cash reward of Rs 20,00,000 will be handed over to the deputy commissioner, Jiribam for the achievement.