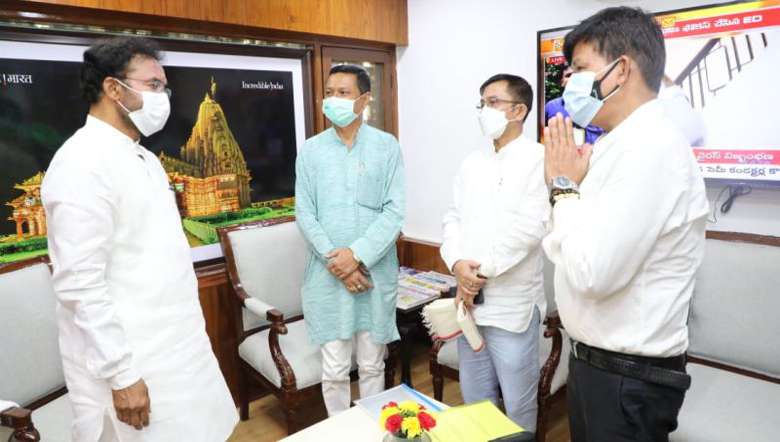 Giving positive response to the demand for upgradation of Manipur University of Culture (MUC) to a central university, Union Minister of Culture and Tourism and DoNER, Kishan Reddy told Rajya Sabha MP Leishemba Sanajaoba that the demand needs to be included in the Union Cabinet meeting as an agenda.

The union minister gave the positive response during a meeting with Sanajaoba at his office of Transport Bhavan, New Delhi on Wednesday.

Earlier, Union Minister of Education Dharmendra Pradhan had also given a positive response regarding the upgradation of MUC in a meeting held on Tuesday where the Rajya Sabha MP submitted a memorandum.

Sanajaoba also had a meeting with Union Minister of State for Education RK Ranjan and discussed the matter. In the meeting, Sanajaoba and Ranjan also discussed the infrastructure of MUC if it is upgraded to a central university.

During the meetings, the Rajya Sabha MP was assisted by MUC vice-chancellor, Paonam Gunindro and his media advisor, Maisnam Shivdutta Luwang.