ASHA workers and Anganwadi workers are categorised as frontline workers, but the Manipur government has failed to recognise their service, state scheme workers said 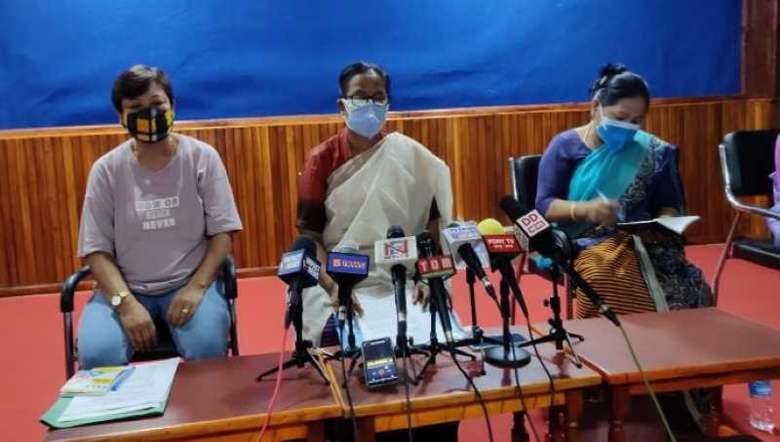 Reiterating to provide proper incentive to scheme workers of the state which are utilised even during COVID-19 pandemic for frontline workers, the All Manipur ASHA Workers Union along with Anganwadi Workers, Helpers and Mini Union are set to take part in the nationwide strike called by Joint Platform of Skill Workers on September 23.

"Manipur was awarded for a drastic decrease in the cases of neonatal death and maternal mortality. Without the contributions from the scheme workers, the state may not get this achievement. As such, the state government should recognise the role played by the scheme workers and fulfill their necessities," All Manipur ASHA Workers Union president N Binodini told mediapersons on Thursday.

Addressing the media persons in a press conference held at Manipur Press Club, Imphal on Thursday, Binodini said that to raise the charter of demand that has been urging by scheme workers from various parts of the state to the Central government, a nationwide strike is going to be conducted on September 23. On this day, the scheme workers of the state will undergo agitation based on the problems faced by the workers.

She further said that though ASHA workers and Anganwadi workers are categorised as frontline workers, the state government has failed to recognise their service. The authority concerned did not bother to provide the incentive to scheme workers even after urging several times.

The state government should consider giving incentive and providing at least minimum wage of Rs 21,000 per month, she added while informing that during the agitation, they would urge the state government to provide pension of Rs 10,000 to scheme workers once they retire from their service.

She further said that they would also demand to cover the scheme workers in COVID-19 insurance scheme and to provide free treatment if any workers are infected by COVID-19 while doing their duties. She said that in most of the states, uniform fees are provided to the scheme workers but Aganwadi workers of Manipur never received this yearly amount of Rs 600 since 2008.