An altercation took place as meira paibis allegedly tried to stop an event from being held at Lamshang assembly constituency on Wednesday. 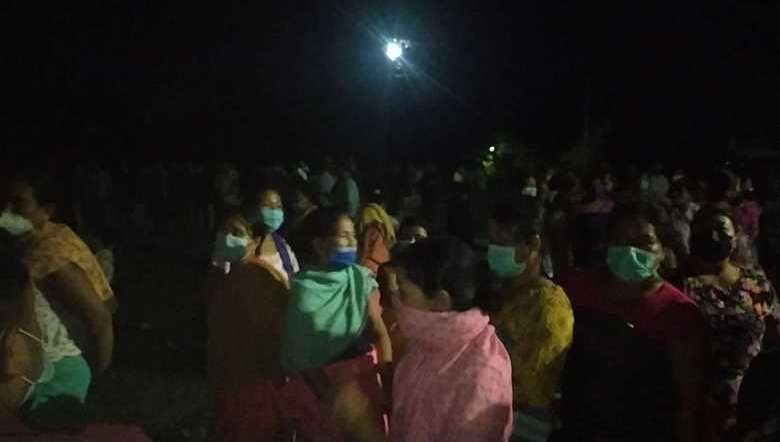 Police fired tear gas shells to disperse a mob following an altercation that took place after meira paibis allegedly tried to stop an event from being held at Lamshang assembly constituency on Wednesday.

As per sources, meira paibis of three separate localities of Lamdeng attempted to stop “a meeting” that was allegedly held at the residence of one Thounaojam Shyamsunder at Lamdeng Awang Leikai, in connection with the upcoming assembly election.

Those who were organising the event clarified to the meira paibis that no meeting related to election was being held, but they were merely organising a programme for handing out old age pensions, the sources said.

However, the meira paibis allegedly tried to stop the programme, reminding the organisers that gatherings are prohibited since the number of Covid-19 patients as well as fatality count is still high in Lamdeng. As negotiations were going on, police reportedly arrived at the scene to intervene in the matter.

The sources said that an altercation with the police ensued and at around 7.30 pm, police started firing tear gas shells to control the situation. The locals also allegedly pelted stones at the police.

It is learnt that police continued firing tear gas shells till 8 pm. However, no casualty has been reported till the time of filing this report. The residence of Th Shyamsunder is reportedly being kept on guard by police till late hours.