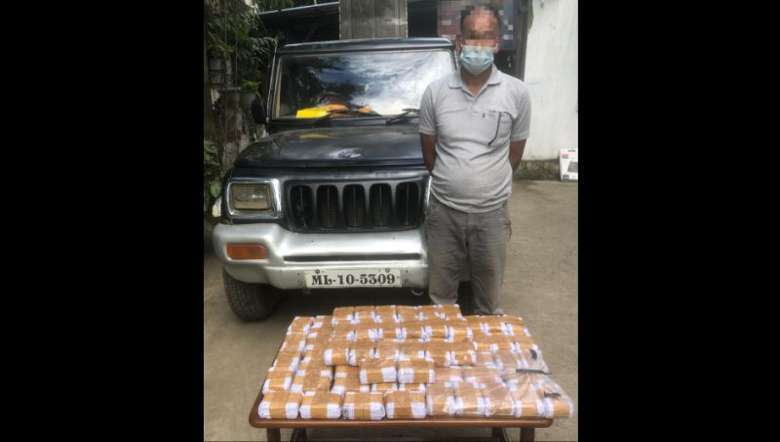 In continuation of the drive conducted as a part of ‘War on Drugs’, a team of Narcotics Affairs and Borders (NAB) police arrested one person along with heroin weighing about 875 grams near Standard College, Kongba, Imphal East on Wednesday.

According to police, a vehicle (Bolero) bearing registration number ML-10-5309 was detained near Standard College, Kongba at around 2:50 pm. During the examination, 70 soap cases containing suspected heroin powder weighing about 875 grams were detected. The soap cases were found concealed in a special cabin on the roof of the vehicle.

On further verification, Dhiren disclosed that he was coming from Chandel and turned towards Kongba. He also revealed that he is a member of an inter-state illicit drug racket and was involved in illicit trafficking of drugs earlier.

The said vehicle, 70 soap cases of suspected heroin, three mobile handsets along with three SIM cards, one Aadhaar card and one driving licence were seized from his possession. A case has been registered at NAB Police Station for further investigation, said the police.