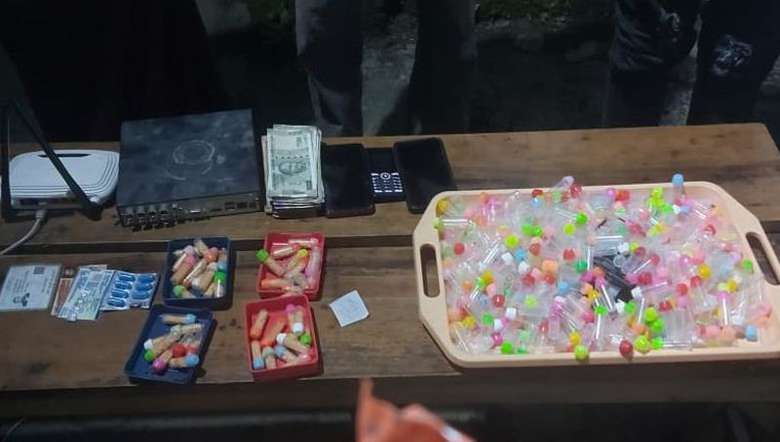 A joint team of Narcotics Affairs of Border (NAB) police and Thoubal district police arrested four persons along with drugs and cash on Tuesday.

It said that during a frisking and checking of suspected illicit drug users and peddlers near Lilong bridge, Nelson and Khomei were detained. On examination and verification of the duo, a paper sachet containing about 200 mg of heroin powder was seized.

The owner of the pharmacy and his associates Rafique and Taslima, who were involved in the drug rackets, were also arrested. A case has been registered at NAB Police Station for further investigation, said the police source.