The bomb was disposed of at 9:10 am at Awa Ching, Keirao, Imphal East. 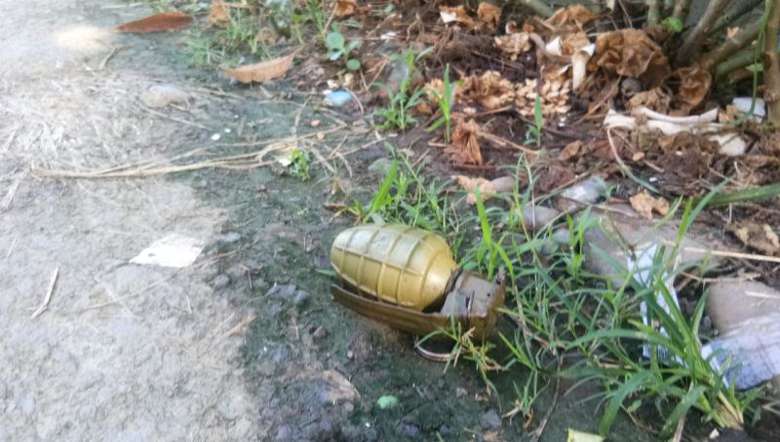 One hand grenade suspected to be Chinese made was found on Monday morning at the main gate of one Sapam Somendro Meitei, 42, son of (Late) S Kumar Singh of Khongman Zone V.

According to police, information was received at around 6:03 am that one suspected hand grenade had been found at the main gate of the residence of Somendro. Soon after, a team of Irilbung police along with state bomb squads reached the spot and recovered the hand grenade safely. Later, the bomb was disposed of at 9:10 am at Awa Ching, Keirao, Imphal East.

It is reported that Somendro is a rental service proprietor of shamiana (ceremonial tent), utensils and others for ceremonial events.