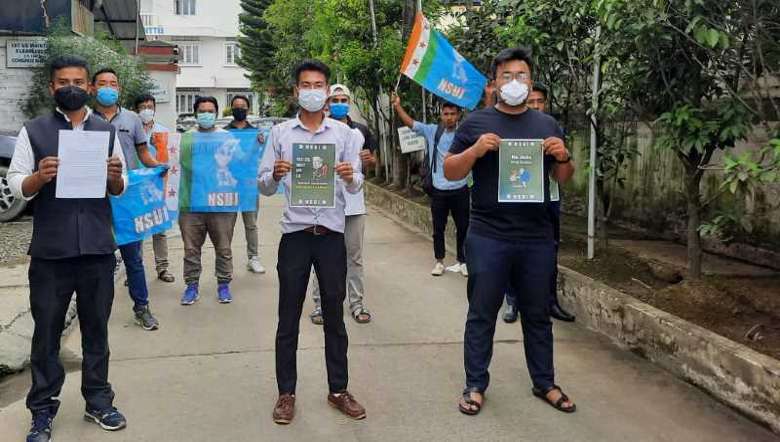 Demanding a Supreme Court-monitored probe into the alleged JEE-paper leak case, the National Students' Union of India (NSUI), Manipur held a protest at Congress Bhawan in Imphal on Monday.

Khoho said that the primary demand of the student organisation is to conduct a probe under the supervision of a sitting Supreme Court judge as it is a serious matter that would affect the future of young students and aspirants of the country.

"Since the Modi government came to power, there has been constant ignorance of the student issues which is now resulting in the paper leak of such prestigious examinations like JEE," NSUI said.

If the government failed to protect such examinations, how can the students trust other competitive exams to be safe and fair, the general secretary questioned.

If the paper leakage issue is not resolved in time, it will create a lot of restlessness and doubts among the student fraternity about the exam conducting bodies, he added.

The student's body also demanded resignation of the Union Education minister on moral grounds, stating that it is the only way right now to prove the intent and sensitivity of the Modi government towards student issues.