It’s the time for Social Media!

The call to ban the likes of TikTok notwithstanding, Social media is only expected to grow bigger in the future. 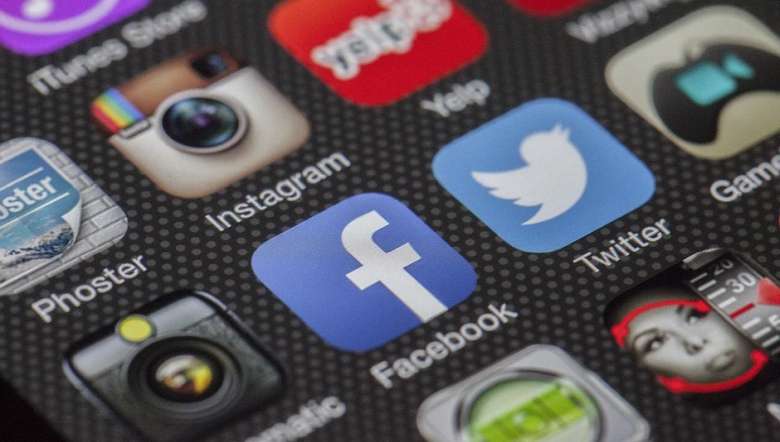 Social media undoubtedly has become part of our lives. It has been our most favoured destination to socialize even before lockdown norms were in place. Post lockdown, it has emerged as the only platform where we can feel the presence of people around us as well as those far away, through images, notes of thoughts, and videos.

Pros and cons of Social media do exist; some people loathe social media, accusing it to be the one biggest reason for the decline of physical activities and academic interests among the younger generations, while there are people who considered Social media as the next best thing to none. The abuse of these microblogging, messaging, image, and video sharing platforms as a means of spreading fake news and hatred/communal messages is a serious concern. It has resulted in multiple incidents of assaults, threats, loss of lives, and the vandalising of properties. Fake news in itself is an injustice to people that violates their right to access fact news. Communal messages can incite people which can disturb prevailing law and order situations. When fake news is coupled with communal propaganda, the results could be devastating. It is this concern that compelled Government to resort to internet ban in specific places where law and order maintenance could be out of control.

Considered to have played a huge role in influencing voters during the US presidential election in the infamous Cambridge Analytica case, there are concerns about various social media platforms in general and Facebook in particular of violating individuals' privacy rights. Apparently, these platforms know a lot more about us than we actually are aware of ourselves. Based on our activities on the platform and the permissions we allowed to access our contacts, messages, and images, etc, sufficient data could be accessed to even predict our political alignments and even our possible choice of destination for vacation among others with precision. It is one issue, which developers will have to continuously monitor stringently considering a large amount of information shared daily and the practical difficulties it poses to accurately validate them with laid down systems. Users' discretion is therefore of imminent importance when accessing social media platforms.

Source of news and opinions

Do breaking news make Social media trends or vice versa is a relevant question one could ask today. Social media movements like #AYearInSpace , #EllensSelfie, ArabSpring, #metoo, and now #blm are trends that have bigger impacts and engagements than any news headlines. In fact, these movements became the biggest news headlines. Today, Social media has provided a level of convenience incomparable to any other time in history as far as creation and sharing of stories is concerned, where users can share any happenings instantly from any place in the world. Social media to a large extent has heralded the exercise of freedom of expression to its intended purpose, which has resulted in the never before witnessed situation of millions expressing their views on a platform. This has resulted in the existence of a new breed of highly opinionated race of people. Also, significant is the fast and easy dissemination of news that Social Media has brought. What is more? All media houses now have accounts in social media and it is their presence in social media which has leveraged their reach to a wider user network.

Being a Business Tool

Millions of Dollar are spent every year by organisations and companies to promote their products and services in social media. Notably, the money thus invested does not fall in the hands of the developers of SM platforms alone; thousands of influencers have thus benefited by hosting promotions in their Social Media accounts. It has become a business to reckon with, due to its sheer number of users. People are setting up e-business points and selling products on social media successfully. This aspect however will be tricky for social media platforms with ads and sponsored programmes as many users have been complaining of being bombarded with excessive ads instead of the usual display of updates from friends, thereby robbing them of the very reason they use social media. Somewhere developers have to take a cautious stance so that ads do not add adverse experiences to the users. Another important feature of Social Media is its existence as a platform  for promoting not just products and services but also the brand image of organizations; most organizations both public and private have social media accounts and pages, which are used to connect with users.

What would life be like without social media? Especially in the past few months. Lockdown was bearable to an extent because of the existence of platforms that enabled us to connect with our friends without stepping out of the door. Discussion in family groups, especially among those scattered in different places, assured people that things are well with their loved ones. We get to know better about people by connecting with them and sharing our stories in different forms. The benefit of social media, in socialising is that even an introvert person can connect  with people and make friends without facing  the usual stigma and feelings of nervousness associated with real get-togethers. So easy is making friends on social media that most people, even those with literally no friends in real life have on average 500 plus friends. Some even find their soulmate through social media platforms.

If there exists a system of job advertisements to attract suitable talents for the organised sectors, there are innumerable instances when viral creatives, mostly videos, promulgated many individuals to a status of an internet sensation. The viral video of a particular guy singing and playing various musical instruments at the same time all by himself still vividly appears in my mind every time talents on social media is mentioned. The Chairman of a renowned automobile company, so impressed by the guy, had even expressed then his willingness to support the man. The list of people with such similar stories is long. Even on individual users' perspectives, social media has unleashed the erstwhile unknown talents possessed by many people.  Thanks to social media- the numbers of singers, writers, dancers, comedians, magicians and thinkers in our midst increased by the day.

The call to ban the likes of TikTok notwithstanding, Social media is only expected to grow bigger in the future. While we consider the challenges it posed and the need for us to restrain from falling everything shared on various platforms, it is possible, with careful usage, to make it work favourably for us. As we share our images in Instagram, tweet, and retweet our opinions on current events, watch videos on YouTube, chat on we chat and connect with friends and be part of virtual communities and groups in Facebooks, let us be reminded that fire not only cooks food but also burnt houses, if left uncontrolled. May our likes, loves, shares  and posts inform the uninformed; inspire the uninspired; motivate the lost souls; bring justice to the just; usher in humanity and serve as an agent of change to propel our world into a place where people of all caste, creed, colour and religion socialize harmoniously. Happy Social Media day!