Manipur bodybuilder to compete at Mr World 2021 in Uzbekistan

Bodybuilder Yumnam Manisana Meitei from Tengnoupal district will be participating at the Men's Athletic Physique Mr World, 2021 to be held at Tashkent, Uzbekistan from October 1 to 7, 2021. 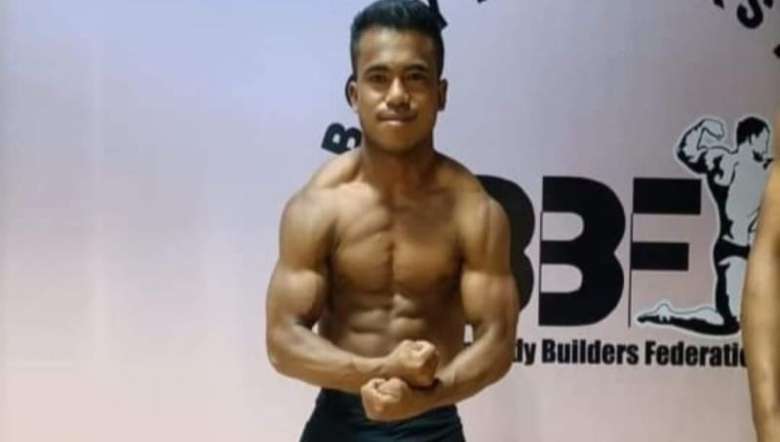 A wish giving and blessings ceremony for bodybuilder Yumnam Manisana Meitei from Tengnoupal district, Moreh who will be participating at the Men's Athletic Physique Mr World, 2021 to be held at Tashkent, Uzbekistan from October 1to 7, 2021 was held at Meetei Council Moreh office on Saturday.

At the occasion, officials of MCM wished and blessed Manisana for a success at the competition. Leaders of MCM donated Rs. 20,000 to Y Manisana for his expenditure in the participation.

On the sidelines of the programme, coach of Y Manisana L Robert Meitei said that two players from his academy have been selected for the Mr World 2021 competition, representing the ‘India team A’.

He mentioned that, Y Manisana Meitei from Moreh Turelwangma Leikai is a recognised player of Tengnoupal District Body Builders Association and has been selected for the ‘India Team A’ for Men's Athletic Physique.

“This is the first competition platform for Manisana, and he has a good physique and we are hoping that he will be ranking under 1 to 5 in the international competition,” he added.

Traditional shawls were given to Yumnam Manisana and blessings were given by the official of the organisation. A sum of Rs 10,000 was donated to Y Manisana.

General secretary of ACODOM L Kamal Meitei said that the organisation is ready to help and encourage any talented players from any community of the town. He also wished all the players of the state who are representing India Team A in the Mr World 2021 competition.

Several other organisations of the town also gave financial help to Yumnam Manisana Meitei for his participation in the competition.