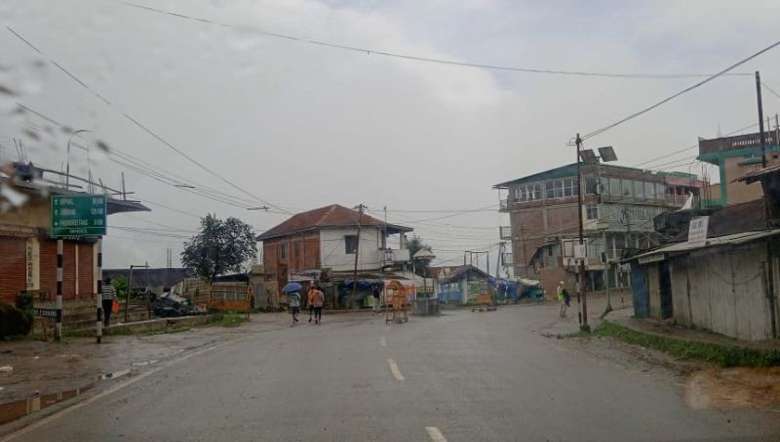 The people of Ukhrul district and the newly created Kamjong district have urged the authorities concerned to fill up three vacant posts of the members of Manipur State Consumer Redressal Commission and establish a separate district commission for both districts.

President of Ukhrul District labours union Aso Luithui and social worker Ahao Zimik filed a petition before the Manipur Human Rights Commission (MHRC), stating that there would be no “District Consumer” for the Ukhrul district headquarters located in any part of the district. The works of the Ukhrul district commission are being exercised by the Imphal West district at Sangaiprou, as per the petition.

It would be surprising to imagine that there would be no consumer dispute in Ukhrul district in these days of inflation, it further stated.

It pointed out that there is a UN Declaration to the effect that Member-Nations i.e. India being a signatory to the convention of UN is taking steps to promote consumer awareness to all.

Therefore, the inaction of the government of Manipur to establish the Ukhrul District Consumer Dispute Redressal Commission would be tantamount to disregarding the UN Declaration, it stated.

“However, they would not make their grievances under Consumer Protection Act from their respective residential places because of the inaction of the government in establishing the District Commission for Ukhrul District separately, and inaction of the government in enabling the inhabitants to lodged complaints from their respective inhabitant areas,” it added.

The Consumer Protection Act, 2019 came into force on July 20, 2020. The Act empowers consumers and helps them in protecting their rights through its various notified Rules and provisions like consumer protection and consumer dispute redressal commission, mediation and punishment for sale of products containing adulterants.

The petition further mentioned that Supreme Court of India took up a suo-moto case writ petition (Civil No. 2 of 2021) on February 22, 2021, in connection with the alleged inaction of the government in appointing president and members or staff of district and state Consumer Dispute Redressal Commission and inadequate infrastructure across India.

When the District Consumer Commission is set-up in these two districts, a consumer will be enabled to file complaints electronically and file complaints in consumer commission which have the jurisdiction within the specific period, it stated.

It pointed out that the people of Ukhrul district and Kamjong district, Manipur could not get the benefits of the new welfare legislation for want of fully functional commissions at the state level and district level. At the same time, no appointment of president and members of the state commission or district commission were made till date after enforcement of the Consumer Protection Act of 2019, it added.

The authority should establish a District Consumer Commission and state consumer commission by appointing a president and members as per the Consumer Protection Act, Rule and provisions of the consumer protection act, 2019, it stated. Consumers are getting no redressal of their grievances due to case piling up owing to the vacancies at the forum, it added.

The Supreme Court has directed to notify the rules in two weeks’ time and further directed that states and union territories which have not set up a selection committee, to form such a committee within four weeks.

Both petitioners urged MHRC for recommendation for establishing of the District Consumer Dispute Redressal Forum at Ukhrul District Headquarters and newly created district Kamjong, Manipur for the welfare and development of poor litigants and people of these two Hills District in general for ends of justice.

Following the petition, MHRC registered a case for inquiry under section 12 of Protection of Human Rights Act, 1993.

MHRC also recommended taking up appropriate steps by the authorities concerned in respect to the SC order pertaining to the consumer rights.