In 53-Tamenglong assembly constituency seat, there are seven ADC segments in which five ADC members have joined to support in the forthcoming state assembly election. 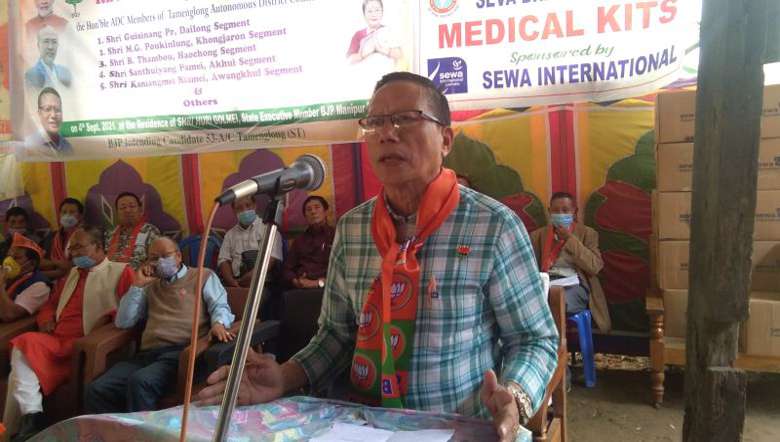 In support of BJP intending candidate Huri Golmei, who is a retired DFO, five ADC members have joined the candidate for the forthcoming state general assembly election.

A grand reception programme for the newly joined ADC members was held at the residence of Golmei at Duithanluang, Tamenglong ward No 5 on Saturday.

Speaking on the occasion, Huri Golmei expressed his sincere gratitude to the five ADC members and assured to work with transparency and consultation with every ADC member for development of their areas.

With the joining of five ADC members in 53-Tamenglong AC seat, there is hope to get the BJP ticket and win in the forthcoming election, he added.

He also said that construction of roads in the town is a national project, however, construction of inter-village roads will be undertaken by the state government and he would prioritise it if he wins the election.

Clarifying the confusion among the public on BJP and Christianity, Golmei said that BJP is not against any particular religion and the party has multiple organisations to support and run the parent party BJP.

Later in the evening, Golmei distributed medical kits to be used in emergency in the fight against COVID-19.