You cannot and should not be made to go from one police station to another to lodge an FIR. 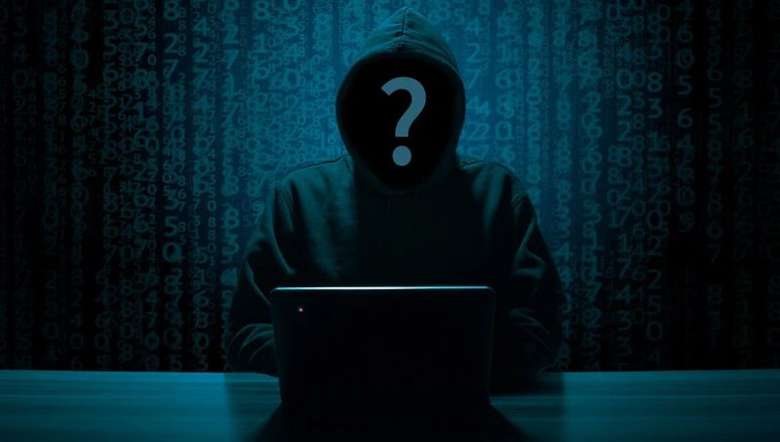 Before coming to cyber-crimes per se, we need to ponder and decide whether there is a preponderance of the ITC interface and the final crime which gets committed. These factors decide whether an offence needs to be REPORTED/INVESTIGATED as a cyber-crime or not.

Four persons A (in Delhi), B (in Kolkata), C (in Dimapur) and D (in Kohima) decide to murder Z (in Kohima) over a land dispute. D is finally tasked with buying a pistol for which A, B, and C provide funds either by cash or by electronic transfer or messengers. D finally shoots and kills ‘Z’.

Assessment/ Analysis – In this case, ‘D’ would be charged with murder. Once he is arrested and his mobile phone or laptop are seized by police, these devices may reveal information on various aspects like: -

All these and many more facts can be unearthed from mobile phones or devices or even from ‘call records’ or locations.

This is a classical case which needs to be investigated as a murder. All other evidences from the mobile phone etc. about the conspiracy are mere evidence which would help in proving the case against the four accused.

This is NOT a cyber crime, but a normal crime which has ITC- links as evidence.

Such a case would be reported to and investigated by the police station officers and NOT by cyber-crime Police Station.

Usually, the police at P.S – the investigators would collect all evidence – including technical evidence on their own. They would not involve the Cyber Crime Police or Police Station.

However, they may take the assistance of the Cyber Crime Police or Cyber Forensics team to investigate and unravel the evidence. However, the investigation of the crime would be done by ordinary police station.

Even an FIR would lie with territorial Police Station and not with Cyber Cell or Cyber Police.

“A” receives an email or a WhatsApp message that he has been selected for a lottery or Kaun Banega Crorepati. He is requested/ advised to fill up personal information and bank details for the reward money to be transmitted. “A” clicks the link and fills up a form but immediately gets a message that INR 1,00,000/- has been withdrawn from his account.

This is a case of fraud and cheating. However, the difference from normal fraud/ cheating is that the “fraudster” or “Cheater” is NOT KNOWN personally to the vITCim ‘A’.

To catch the fraudster/ cheater/ criminal, substantial investigation would have to be undertaken by the investigators to REVEAL or UNMASK the REAL IDENTITY of the criminal from behind the VIRTUAL/ ASSUMED/ FAKE/ IMPERONATED identity that he may be using.

The process of UNMASKING the IDENTITY of the VIRTUAL PERPETRATOR from nothing except some links/ messages/ numbers etc. required detailed technical investigation.

This would be an FIT CASE FOR INVESTIGATION by CYBER CRIME POLICE or Cyber Crime Cell.

Often, for an ordinary man, the best suggestion is to approach the nearest police station with a report or an FIR. The police station or the SDPO/ SP will decide whether the case would be investigated by them or Cyber Crime Cell. Even in this case, when you lodge a report at PD, do not forget to obtain a copy or GDE and FIR Copy. Insist on getting a copy of FIR from police, free of cost.

If the PS does not want to investigate and thinks that the FIR should be investigated by some other PS or the Cyber Cell, it is duty bound to register a ZERO FIR. It is the duty of the PS to register the ZERO FIR and transfer it to whoever they feel should investigate further. It is ILLEGAL as well as UNETHICAL and against the law for the Police to refer you (the complainant) to go to a different police station for lodging an FIR.

You CANNOT and SHOULD NOT be MADE TO GO FROM ONE POLICE STATION TO ANOTHER TO LODGE/REGISTER AN FIR.

However, for any report at a PS obtain a receipt, and preferably a duly authenticated copy of General Dairy so that you can follow up or complain.

One day “A” finds his photographs, some real/ genuine or some fake, some in intimate postures with people “A” does not even know on various social media forums and internet – Facebook, WhatsApp etc. the ID from which the images are posted are fake/ in assumed identities.

Analysis/ Assessment – this is a classical of Cyber Crime, where the primary leads for investigation would have to be based on careful collection, scrutiny and piecing together of evidence which is available only on the internet or ITC forums and devices.

These questions appear to be very simple, and common sense. However, the actual process of investigation, collection of evidence, creating a chain of events which link the evidence with a suspect/ criminal – both virtual and real – are not easy tasks. These tasks call for very high level of technical expertise and availability of hardware and software. Such hardware/ software and technological know-how is not available everywhere. In fact, such capabilities are extremely limited.

It is such cases which are actually to be investigated by Cyber Crime Cells.

The investigation of such crimes/ offences becomes even more difficult when the information about them exists across international borders or time-zones or jurisdictions or there are layers of security being used at either one end or both ends or at the level of intermediaries which ENCRYPTS the data or secures data by passwords etc. therefore investigation of cyber crimes require very high levels of expertise.

Theft/Loss of a mobile phone or a Laptop or a Tablet.

This is probably the most often occurring spectacle. This is a classic case of theft of property. Primarily it is NOT cyber crime.

The incident itself is ‘theft simpliciter’. There is no cyber crime involved except that the ‘object of theft’ is one which was not in existence before the advent of ‘information technology convergence’. The case has to be investigated as an offence under the Indian Penal Code and not under the Information Technology Act or as a ‘cyber-crime’. It is an entirely different matter that the evidence required to pin-down the accused or suspect or trace the mobile phone or tablet or laptop is based on an ‘information technology convergence interface’ that is to say that the primary evidence is available either through either the mobile service providers or the internet service providers.

However, even the extensive and sole availability of evidence in the ‘cyber-space’ does not make such offences cyber-crime; nor does the offence cross-over into the domain of cyber-crime. Such instances or offences have to be reported to the normal, territorial police stations and investigated as IPC crimes, a heavy dose of electronic evidence notwithstanding.

These four incidents are very simplistic incidents to make the ‘aam aadmi’ aware about the basic premises and considerations which need to be weighed in for taking a call on whether a particular offence is a pre-dominantly cyber crime or a normal crime and where the FIR has to be lodged or investigated.

I will now proceed to go into more details in the subsequent pieces.