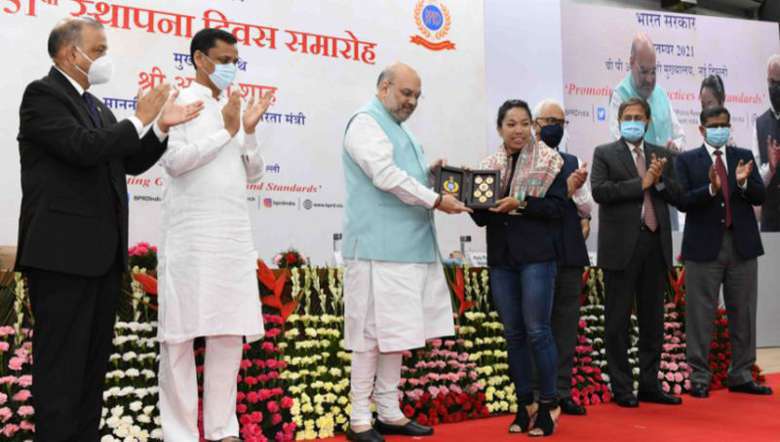 The Olympic champion was honoured during the 51st Foundation Day celebration of the Bureau of Police Research and Development (BPR&D) in the national capital by the Union home minister who presented the athlete with a shawl and memento.

"At the function, the UHM, felicitated Saikhom Mirabai Chanu, Addl. SP, Manipur Police, Silver Medallist Tokyo Olympics, in the presence of the Hon’ble MoS (Home), HS, DIB and SS (IS)," the BPR&D tweeted.

Mirabai Chanu was appointed as Additional Superintendent of Police (Sports) in the state police department by the Manipur government in appreciation of her success at the recently-concluded Tokyo Olympics.

Founded on August 28 1970, the Bureau of Police Research and Development is a national level apex body under the Home Affairs Ministry to promote excellence in policing.