The employees associations had earlier stated that the indefinite cease-work strike will continue till their demands are fulfilled. 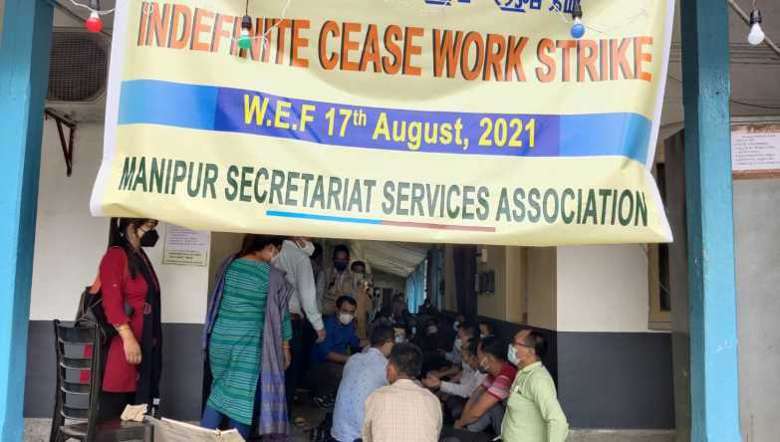 The Manipur employees’ association of secretariat on Friday resolved that the proposal made by the government regarding the payment of Dearness Allowance (DA) 21 per cent is not accepted and informed that the association is keeping its door open to negotiations.

A press note issued by president Manipur Government Services’ Federation M Rajendra Singh mentioned that with reference to the second round of negotiation held on Thursday in the office chamber of Deputy Chief Minister Y Joykumar, a meeting was further conducted at conference hall of secretariat, Babupara, Imphal on Friday.

The meeting resolved that the proposal of the state government regarding the payment of DA 21 per cent in phase wise manner is not accepted. It also decided that chances for negotiation will be kept open. If necessary, the employees are ready to present their proposal to the government, it added.

The employees associations had earlier stated that the indefinite cease-work strike will continue till their demands are fulfilled.