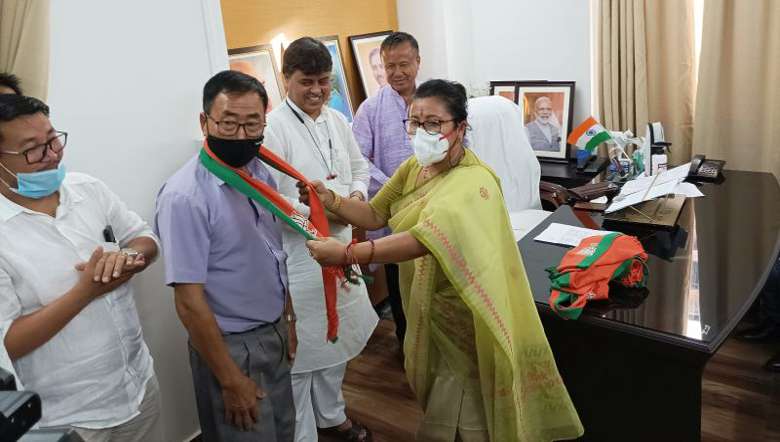 As many as 14 Congress workers and one North East India Development Party (NEIDP) worker from Phungyar assembly constituency, Kamjong district have joined the BJP on Thursday.

In a function held at the state head office, BJP located at Nityaipat Chuthek, Imphal, the 15 people enrolled themselves to join BJP.

Speaking to the media, president state BJP A Sharda Devi said that BJP state unit welcomes the newly joined members from Phungyar assembly constituency. In the present political scenario, many are continuing to join BJP after witnessing the developmental works and activities undertaken by the party leaders at various parts of the state, she said.

She said people are joining BJP continuously as they have faith in the activities carried by the party in order to bring more progress in the entire state.

One of the newly joined BJP members from Phungyar assembly constituency Jonah Shinglai expressed that they decided to join the BJP after witnessing the developments made under the leadership of Prime Minister Narendra Modi and Chief Minister N Biren Singh.

By joining BJP, they wish to take the opportunity to support the public, he added.

Maintaining that young and dynamic leaders are necessary to bring progress, he further said that the assembly constituency needs a leader who can bring those required changes.