Chief Minister N Biren Singh said that the e-ILP platform will help in regulating the entry, exit and tracking of visitors to the state. 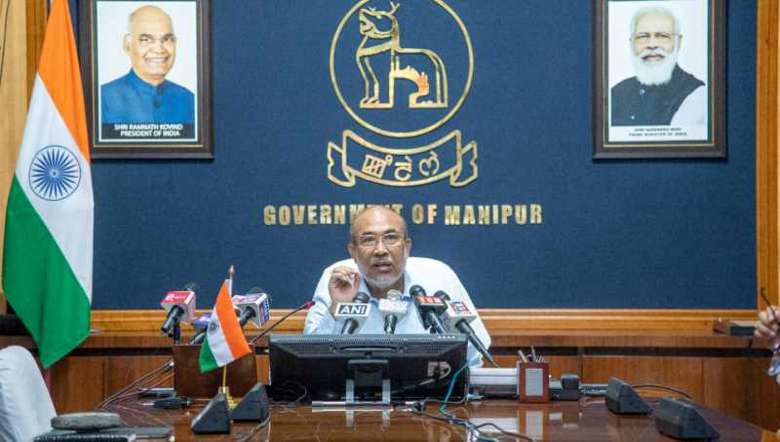 The chief minister launched the e-ILP platform in a virtual conference in Imphal. He said that the new e-ILP platform will help in regulating the entry, exit and tracking of visitors who are staying beyond their ILP duration.

"Happy to launched the e-ILP platform of Manipur in presence of Hon’ble Ministers, Hon’ble MLAs and Officials of the Govt. This platform will play a major role in regulating the entry, exit and tracking of visitors who are staying beyond their ILP duration," the chief minister said in a Facebook post.

The chief minister said a four member ILP monitoring team led by DIG (Int) as chairperson has been set up to ensure proper recording of persons entering and exiting Manipur with ILP and track those who have overstayed. Those who stayed beyond the permitted duration will be detected by the software and will be track down for taking necessary legal procedure, he added.

Biren urged the officials, DCs and state police to work with firm dedication to ensure smooth and effective implementation of the ILP System in the state.

The state government officials, including DCs, SPs of Jiribam, Senapati (Mao) and Imphal West (Airport) who attended the function virtually said that the e-ILP system has started working smoothly at Mao Gate, Jiribam Railway Station, Jiribam Gate and at Imphal International Airport following the direction of the state governor issued on Wednesday.