MSCW chairperson Binota Meinam informed the meeting that she would request the state government to open a Women Police Station in Tamenglong district and other newly created seven districts in the state. 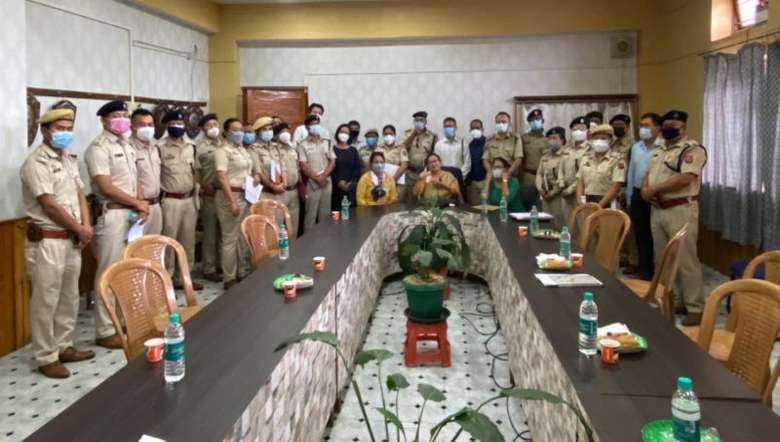 The Manipur State Commission for Women (MSCW) on Wednesday discussed with superintendents of police of all the districts on reasons for the low chargesheet of women-related cases by the police stations in the state.

A release by MSCW stated that an interactive meeting with the district SPs was held at the conference hall of SP, Imphal West in presence MSCW chairperson Binota Meinam and two other members.

During the meeting, the MSCW chairperson inquired of the police department regarding the low percentage in chargesheeting women-related cases in the state and difficulties faced by police while dealing the cases. The SPs suggested increasing women officers in the state for dealing with women related cases. They also suggested that the Forensic Laboratory, Pangei should be strengthened with infrastructures supported with DNA Profiling System for meeting the present needs, it added.

The release further stated that Binota also informed the meeting that she would request the state government to open a Women Police Station in Tamenglong district and other newly created seven districts in the state.

The MSCW chairperson appreciated the kind cooperation extended by the police department to the commission while dealing with different cases, it added.