CPI national executive member M Nara said that due to excessive muscle and money power used by the candidate for the election, people usually fail to elect the deserving leader. 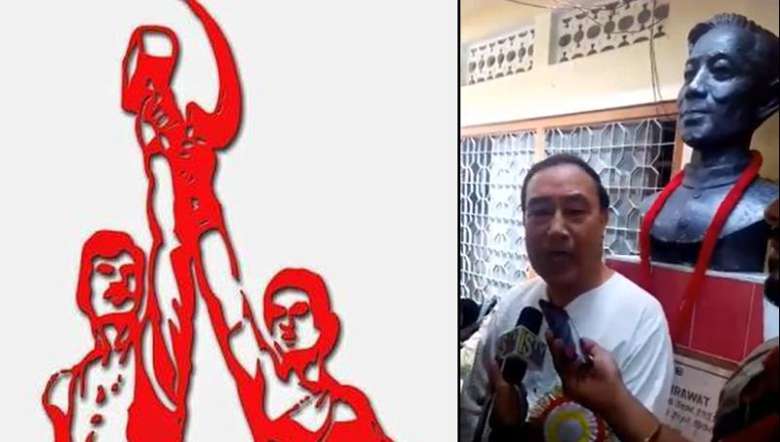 CPI Manipur State Council will be conducting an election campaign to sensitise the essence of choosing the right candidate for the upcoming Manipur Legislative Assembly election and the party needs support from every walk of life for a free and fair election and for better Manipur, said CPI national executive member M Nara.

Nara made the announcement during the inaugural function of a month-long observation ceremony of the 125th birth anniversary of Hijam Irawat on Wednesday. The programme was organised by Manipur Loumi Lup at Irawat Bhawan Complex.

Addressing the function as one of the presidium members, Nara said that due to excessive muscle and money power used by the candidate for the election, people usually fail to elect the deserving leader. Eventually, the state has become corrupted and under-developed, and people continue to face numerous problems even though the present government has announced various programmes and projects.

To bring change in the society for the future generation, it is of utmost need to conduct the election in a free and fair manner, he added while informing that CPI-MSC is all set to conduct election campaigns against all kinds of election manipulation and for this, the party needs support and cooperation from people.

Stating about farmers' plight, he said that the ongoing pandemic has hit every section of the society. Amid this situation, the government should be concerned about the farmers seriously as farming is the primary source of income of the state. But unfortunately, farmers of the state have to face many issues due to shortage of irrigation facilities, fertilisers and so on.

He continued that though the government assured several times to avail fertilizers, most of the farmers are yet to receive the subsidised urea when the period of using fertilizers has ended. What is the point of distributing the fertilizers now? Nara questioned.

Nara also said that the Modi-led government is a pro-corporate government. As such, people from lower income families suffer the most. They promise jobs for one crore people but on the contrary, more than 10 lakh people have lost their jobs.

Appealing to the farmers of the state to follow the footstep of Irawat, he said that Irawat was a visionary and far-sighted leader. The present generation should be proud of him and follow his footsteps so that Manipur could be one of the advanced states in the country.