Tribal organisation to submit joint memorandum to the PM, President on delimitation issue

All Tribal Rights Protection Forum Manipur has been entrusted to pursue the matter wherein all recognised tribes of Manipur will be signatories to the joint memorandum and the representation. 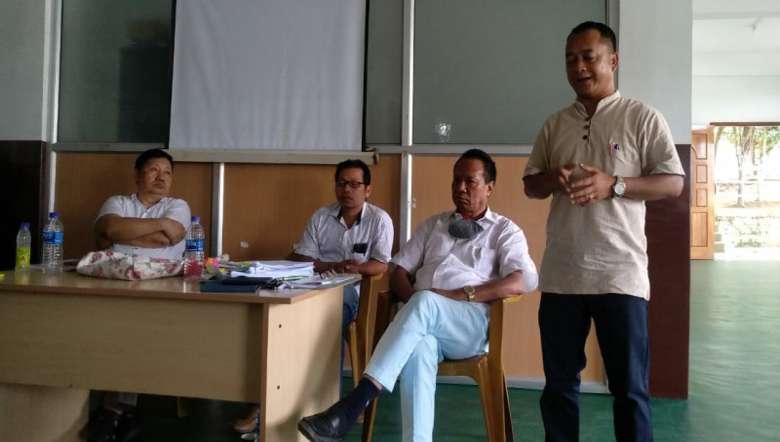 Different tribal organisations in Manipur have resolved to pursue the delimitation issues legally and also by submitting joint memorandums and representation to the President of India, Prime Minister, chairperson Delimitation Commission of India and Chief Election Commissioner of India.

All Tribal Rights Protection Forum Manipur has been entrusted to pursue the matter wherein all recognised tribes of Manipur will be signatories to the joint memorandum and the representation.

Speaking during the meeting, former member of Legislative assembly and member of parliament, BD Behring said that the Centre and the state government together needs a holistic approach to solve the various issues faced by the hill people so that the hill people can enjoy the fruit of development and good governance.

Out of the total land area of Manipur, the hill comprises 90 per cent while the population is 31 per cent of the state. However, there is little service reservation for the hills, lack of allocation in the tribal sub plans, reservation in implementation of the 6th Schedule and hindrance in the process of peace talk with underground outfits.

He also said that the valley got 41 seats in the legislative assembly while the hill got only 19 seats and added that The Manipur Hill Areas Autonomous District has not been given full financial power.

It added that four north eastern states namely Manipur, Assam, Nagaland and Arunachal Pradesh were left out from the most recent delimitation exercise due to various political and other reasons. And recently, as the Union Home Ministry and the Delimitation Commission of India are processing for carrying out the delimitation exercise for the left out four states, the valley based organisations and political parties are strongly opposing and also they have filed PIL in the High Court of Manipur, being PIL No. 22,23 and 25.’

It may be mentioned that PIL Nos, 53 of 2003 and 16 of 2005 were also filed and judgment was given in 2007 by the Gauhati High Court Imphal branch and stayed the exercise of delimitation but the same was invalidated by the Supreme Court, the release added.

Hence, the constitutionally mandated delimitation exercise received obstruction only on the communal line. The so called defects in the census 2001 in some of the hill subdivisions have been rectified and final figures have been reached.

However valley based organisations and political parties are claiming that there are abnormalities and defects in the Census 2001 which is baseless, added the release.

Around 14 tribal organisations of different tribes from Manipur attended the consultative meeting which was also attended by Autonomous District Council members, chairman of different village authorities, social workers, social activists and former members of legislative assembly and members of parliament.