It is not clear why this desire to fly the largest National Flag? Big is not always beautiful or grand. 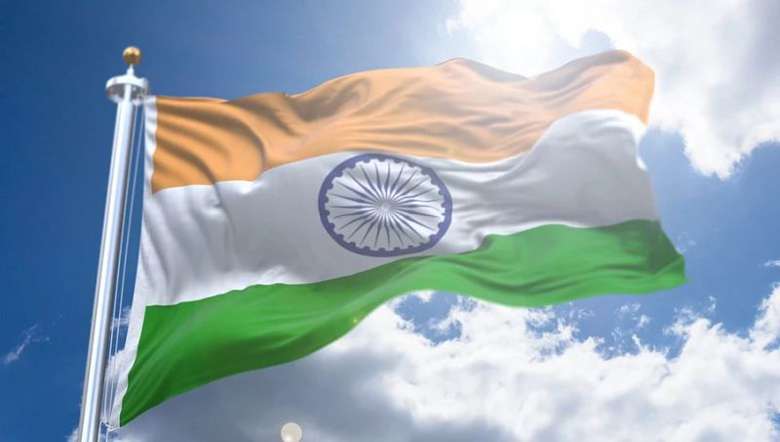 On the evening of August 26, while watching the local TV channel news, there was an item which struck me and that was the report of a meeting with the chief minister in the chair discussing about the renovation of the INA Complex at Moirang and the development of the Olympic Park at Sangaithel and that there is a proposal to fly the largest National Flag at INA Complex. Later on it was learnt that permission was sought from the Government of India for the large National Flag, which is yet to be granted.

What took me by surprise was that the National Flag usage is governed by the Flag Code of India, 2002 which is the compilation of the laws, practices and conventions in vogue at one place. It is divided into three parts – Part I deals with the description of the National Flag; Part II display by members of the public, private organisations, educational institutions, etc and Part III relates to the display by Union and State Governments and their organisations and agencies.

In Part I of the code only 9 dimensions of the flag is laid down as below:

The code lay down that “the colour of the top panel shall be India saffron (Kesari) and that the bottom panel shall be India green. The middle panel shall be white, bearing at its centre the design of Ashoka Chakra in navy blue with 24 equally spaced spokes.’ The ratio of length and breadth is 3:2 and that khadi or hand-spun cloth is the only material allowed, though the raw material may be cotton, silk or wool. Two kinds of khadi are used: the first is khadi-bunting which makes up the body of the flag and the second is khadi-duck, which is a beige coloured cloth that holds the flag to the pole. The khadi-duck has an unconventional type of weave that meshes three threads into a weave, different from the normal two thread weave. Flags made of paper can be waved by the public on important state and national functions including cultural and sports events but the flags should not be discarded on the ground after the event; rather it should be disposed in private consistent with the dignity of the flag. Torn, mutilated, faded or discoloured flag cannot be flown and normally it is to be flown only from morning to evening, hoisting and de-hoisting daily. Flag size of 450 x 300 mm is intended for aircrafts of VVIPs; 225 x 150 mm for motor cars and 150 x 100 mm for table tops. Others are meant for flag poles and appropriate size shall be selected.

Violation of the flag code is liable to attract penalty under “The Emblems and Names (Prevention of Improper Use) Act, 1950” as the National Flag has been specified as Emblem in the Schedule to the Act. Section 2 therein provides “ Whosoever in any public place or in any other place within public view burns, defaces, defiles, disfigures, destroys, tramples upon or otherwise brings into contempt (whether by words, either spoken or written, or by acts) the national Flag..... or any part thereof, shall be punished with imprisonment for a term which may extend to three months, or with fine, or with both.”

It is not clear why this desire to fly the largest National Flag? Big is not always beautiful or grand. Mona Lisa the iconic painting now at Louvre has a dimension of 30 x 21 inches (77 x 53 cm) only but its fame and value and its influence on culture is unparalleled. Seeking permission from the Government of India is one thing, getting permission is another as once a provision of the Code is relaxed, it is very likely that there is a flurry of requests to outdo each others. Flag size of 6300 x 4200 mm is fairly big and need a fair size pole and height to fly it with dignity. What was the size proposed to be flown is not known. Flying big National Flag is not easy as at the time of hoisting and de-hoisting, no part of the flag can touch or trail on the ground and has to be carried out with dignity it deserves and thus requires a number of persons.

Both the INA complex and the Olympic Park, design proposals should have been open to registered architects to submit their designs after public advertisement as per the norm of the Council of Architecture and the best design selected. The design should be such that it conveys the sanctity and the sacrifices of the INA martyrs and the sportsperson following the Green building concepts with incorporation of local design. The land should be least disturbed and while advertising for designs, the specification like land, its topography and the coordinates may be provided along with the underlying philosophy so that architects can take that into consideration while formulating their designs. The design should be unique to enable to attract visitors. It should not be some match-box like design as it is in the INA complex at present and there must be a feeling of sanctity and respect when one enters or sees the complex. There are many War Memorials around the globe which are simple but commands awe and respect of the sacrifices made. The design should not be a copy of any existing complex but an original one so that it stands out as unique. Departmental architects no doubt are good but they may not bring out their best due to lack of competition or should it be handed over to any agency through nepotism or favouritism without routing through the competitive process as the best can never be brought out.

The Olympic Park should not involve any land filling or excavation but created with the existing contour and there should be enough space to put in more statues in the future, the only thing is to ensure that the design should take into account such additions and additional statues do not disturb the overall harmony. In fact spaces can be earmarked with priority accorded for such future installation. An undulating ground with lots of greeneries will make the park a unique one and that it must not be converted into a concrete jungle. The tendency to flatten the land and build concrete jungle with lots of cement, steel and glass need to be avoided as it destroys the uniqueness. It should be more attuned to nature so that visiting it is an experience and people should want to come again to show their respect and gratitude to the outstanding sportsperson. Decision need to be taken on the material and the size of the statues, whether it will be bronze, concrete, stone, marble etc or life size or bigger, whole body or bust, etc. The design should incorporate the garden also, even including the type of plants to grow as without garden it will be bare and unattractive.