The Congress MP opined that some of those involved in the activities attributing to shortage of urea are high-profile individuals, including from the ruling party. 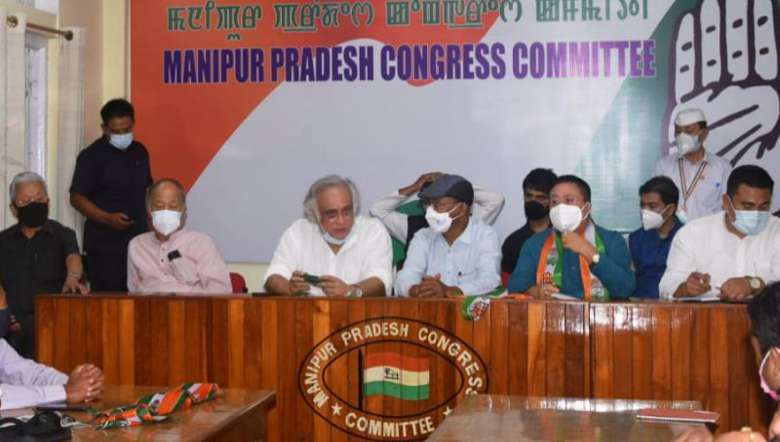 Senior Congress MP,Jairam Ramesh on Tuesday accused the BJP led state government of diverting urea to hill areas where poppies are grown for opium,  thereby creating shortage of the fertilisers.

The reaction of the senior Congress MP comes a day after Loumi Shinmee Apunba Lup (LOUSAL) demanded an inquiry into the alleged urea shortage confronting the farmers in the state.

"BJP’s Vikas in Manipur. Manipur is getting twice the supply of urea it needs and yet farmers complain of shortage! Why? Because urea is diverted to hill areas in Manipur, where poppy is being grown for opium in large areas in the last four years. The state govt is fully complicit in this,” tweeted the senior Congress MP on Tuesday.

Meanwhile, interacting with Imphal Free Press, the Congress MP opined that some of those involved in the activities attributing to shortage of urea are high-profile individuals including from the ruling party.

“Bigwigs are involved and some of them, I gather, are potential BJP candidates in the forthcoming Assembly elections. The chief minister also has many uncomfortable questions to answer,” Jairam Ramesh said.

LOUSAL president Mutum Churamani said the Centre had allotted 4,40,000 bags of urea for Manipur against the total requirement of 2,41,000 bags. However, despite the fact that Manipur is getting an excess of 1,97,000 bags, the farmers are still facing a shortage of urea, Churamani  further said, adding that they demand a probe into the “scarcity” by forming a House committee.

Agriculture Minister O Lukhoi had clarified that there is no scarcity of urea in the state during the just concluded Assembly session.

The minister claimed that the difficulties being faced by the farmers was due to the adoption of Point of Sale (POS). As per the Government rules and guidelines laid down by the Point of Sale (POS) portal, documents like AADHAR card, land patta, price value of land etc. are required for getting access to fertilizers by the farmers, the minister said.

The minister further explained that acquiring fertilisers by logging in through the Point of Sale (POS) portal is indeed a time-consuming exercise that cannot be avoided on a short-cut basis and this formal process creates problems for the farmers.