As many as 3,63,135 people across 950 villages in 21 districts of Assam have been affected by floods caused by heavy rainfall. 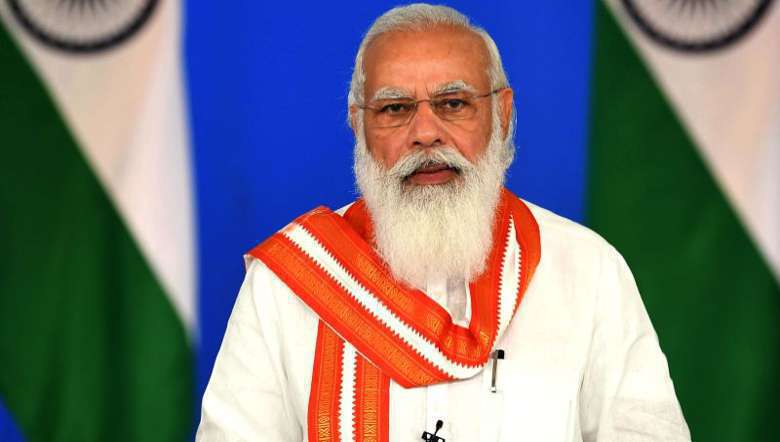 Prime Minister Narendra Modi on Tuesday spoke to Assam Chief Minister Himanta Biswa Sarma over phone to take stock of the flood situation in the state.

The Prime Minister assured all possible support from the Centre to help mitigate the flood situation.

Assuring help to the flood-hit Assam, PM Modi prayed for the well-being of the flood affected people in the state.

"Spoke to Assam CM Shri @himantabiswa and took stock of the flood situation in parts of the state. Assured all possible support from the Centre to help mitigate the situation. I pray for the safety and well-being of those living in the affected areas," PM Modi tweeted.

Meanwhile, the Assam CM expressed his gratitude to the Prime Minister for his concern and support.

"Adarniya Pradhan Mantri @narendramodi  ji telephoned today to enquire about the flood situation & assured  all help to Assam to combat this menace. Current flood has gravely impacted the livelihoods of people. My gratitude to Adarniya Modi Ji for standing with us at this hour of crisis," CM Sarma tweeted.

"We are grateful to you for your continued concern, and assurance of help Adarniya Pradhan Mantri ji. Your words mean a lot to us,' the Assam chief minister tweeted in a reply to PM Modi's tweet.

As many as 3,63,135 people across 950 villages in 21 districts of Assam have been affected by floods caused by heavy rainfall, according to the report issued by the Assam State Disaster Management Authority (ASDMA) on Monday.

A total area of 30333.36 hectares of crop area has been affected due to the flooding, as per the ASDMA report.

Lakhimpur, with 1,30,001people in the area being affected by the flood, was the worst-hit district, followed by Majuli with 64,909 people being hit by the floods, as per the ASDMA report.