Guha might not have met anyone without an appointment due to his busy schedule; but even in his extreme business, personally he used to reply to letters to his countless admirers! 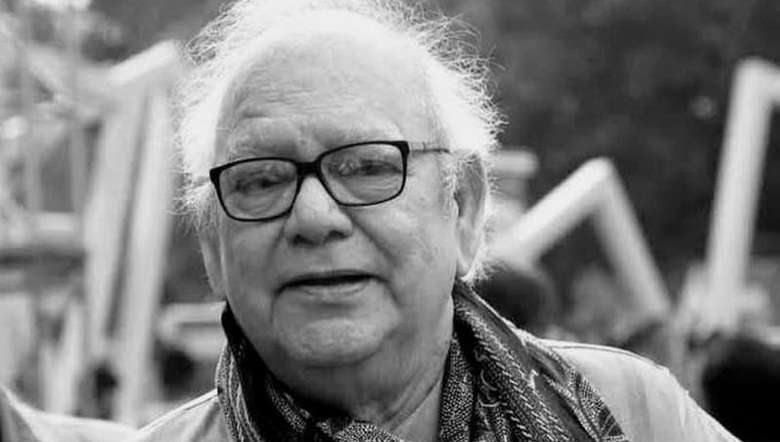 Kangpokpi. Though I am much interested in geographical details and simply lap up atlas globe and stories/anecdotes on tourism since childhood; I remained ignorant of this cute-sounding name!

Now who would have enlightened me of this place, nestled in the hills of Manipur; had Buddhadeb Guha not existed in our midst! Yes, thanks to the just-departed author, I was introduced to the beautiful town through Guha's novel "Kangpokpi"! And what a description of the journey to Kangpokpi from Dimapur through the road winding through the hills of Nagaland and Manipur! Indeed Buddhadeb Guha resembled almost an encyclopaedia of India whose writings serve as a mirror of unknown parts of the country complete with the fight, struggle, joy, sorrow, exploitation of the residents!

In the novel "Rijudar Songe Lobongo Bone"("In Lobongo forest with Rijuda"), while narrating the plight of the inhabitants of the Orissa jungle which he was visiting as a tourist; Rijuda told his companions ----- "This is our real country. Not Kolkata, neither New Delhi nor Chandigarh. Not flyovers, Metro rail or fountains. When all these common vulnerable innocent rural people will be ensured two square meals a day, modest attire, not suffer in the chill of the winter, receive drinking water in the summer and also for farming; only on that day will you know that something has happened in our country."

"Elitism" of attainment of Mars Orbit, "might" of Mass Yoga, "trumpet" of the world's tallest statue, "audacity" of the Bullet train, "pride" of the sky-kissing flag, "cultural nationalism" of Grand Ram Temple; yet the fact remains that billions of common marginalized people of the country are still residing at a far distance from basic human rights and dignity which proves that indeed nothing has happened in our country.

In the present scenario, driven by the barbaric "principle" of "Might is Right"/"Survival of the fittest", though the  humanitarian ideal of Buddhadeb Guha has simply lost all practical value; but the eternal truth that existed within his sincere desire is beautiful divine which has no decay.

In his memoir entitled "Saraswat", Guha wrote --- "I have never met anyone at home or in the office without an appointment. I have faced a lot of criticism for it. But I have not relented. Unless I erect a boundary around me, it is almost impossible to perform my work. Even if somebody gets hurt, I am helpless".

Guha might not have met anyone without an appointment due to his busy schedule; but even in his extreme business, personally he used to reply to letters to his countless admirers!

After reading "Ribhu", I wrote a letter to him without expecting an answer; but was delighted and surprised to get blessed with a short but sincere reply, the last sentence of which read ---- "Encouragement of yours is the only reward for this independent-minded writer"!

Later, whenever I had written to him after getting enchanted by any of his novels; he used to religiously reply as usual. Once this highly successful author had magnanimously sought "forgiveness" for being "late" to reply to my letter! Once he requested me not to be "angry" if he fails to reply due to constraints of time (however on every occasion he duly replied)! What an outstanding display of courtesy, politeness and civility with feet firmly placed on the ground!

The greatness of Buddhadeb Guha as a writer surely requires no description (at least to Bengalis). His mighty pen not only introduced us to the unknown unsung enchanting interiors of present day Jharkhand, Orissa, Madhya Pradesh (including the areas now in Chhattisgarh) extensively; also did he illustrate the struggle and divinity of the innocent indigenous population of the jungles in various parts of the country despite suffering from poverty hunger and exploitation by the vested interests. The pathos embedded in his  humanitarian novels simply arrive as a "knockout  punch" in our conscience! So as a human being Guha seemed to be residing on a much higher plane; his feeling of compassion towards the marginalized helpless poor people of the hinterland and impeccable humility bear testimony of which.

In these highly difficult intolerant times, a paragraph from his novel "Ribhu" should serve us as our constant inspiration ---- "Who is mightier in physical power is irrelevant. Main thing is to ignore authority, brute force, conspiracy, establishment, media malpractice, monopoly and surviving in this world of submissiveness by acting as a true human being transcending all norms of grief, insult and humiliation with head held high".

So as long as torture inequality oppression and injustice continue to dominate the society, Buddhadeb Guha will also remain relevant among us through his humane literature and candid educative observations of life.