Manipur Congress general secretary Hareshwar Goshwami said that the present Manipur government is following the footsteps of the BJP party that is expert with mere words. 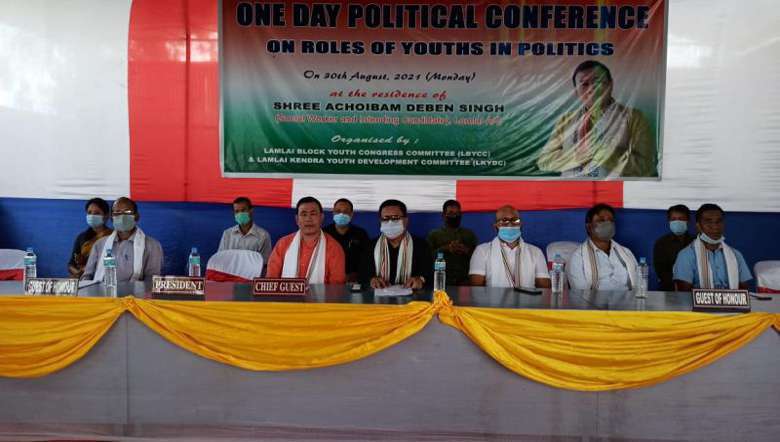 Goshwami was speaking at a one-day political conference on ‘Role of Youths in Politics’ held at Lamlai, Imphal East district on Monday.

Goshwami said that BJP’s little contribution is highlighted more than necessary to the public.

There has been no development in Lamlai assembly constituency since years in terms of road connectivity, education sector and others due to lack of local MLA, Deben said.

Representatives and members of LBYCC and LKYDC along with youths from hills and valley regions of the assembly constituency took part in the programme.