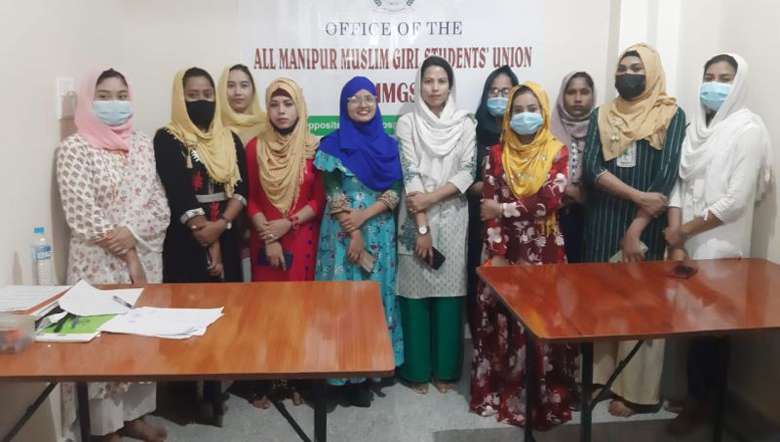 The All Manipur Muslim Girl Students Union (AMMGSU) on Monday announced that it has elected its office bearers and executive members for the term 2021 to 2023.

A release issued by AMMGSU stated that Samina Sheikh studying 4th semester at GP Women's College, Sajida Shahani from Golapati, and Afsana from Hatta were elected as president and vice presidents, respectively.

The release stated that Rasmina, a 6th semester student at MB College was elected as treasurer, Pinky Shanani studying at Class 12 in Little Master and Mehnaj studying 6th semester in Waikhom Mani Girl College were elected as executive members, it added.