Couriers are not important; the big fish always gets away

IFP Editorial: Merely rewarding policemen for seizure of drugs and couriers is not enough. The main focus should be on investigation of the drugs which found its way into the hands of the law-enforcing agencies and in finding out who are the powerful patrons or drug-lords behind this lucrative business. 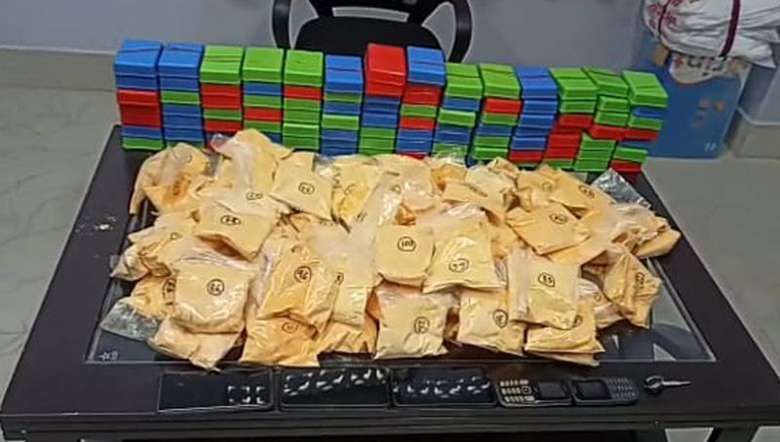 Almost everyday, drug smugglers or dealers get caught with huge quantities of heroin No 4 or brown sugar or synthetic drugs in the state, in recent times. However, as they say it is only the tip of the iceberg of what passes through the state on a routine basis. What we must also understand is that not all who are caught red-handed with drugs are the real owners of the seized drugs, but mostly couriers or mules in the modern parlance. Almost everywhere, the drug lords use couriers or mules to smuggle the consignment and these couriers or mules could be anyone. It can be policemen or drug addicts or sex workers or even powerful politicians or even those who are charged with monitoring or checking the drug trade.

The other day, a Moreh Police Commando team arrested three individuals including a Kakching Police Constable (driver) along with 100 packets of Brown Sugar weighing around 1.254 kg worth Rs 2.5 crore in the international market. It had happened in the past also. Groups of regular policemen or police commandos and even some army officers were caught with huge quantity of drugs and cases under the NDPS Act are still going on. Not so long ago, a political big-wig was arrested with quite a huge haul of drugs and there was a big tamasha of charges and counter-charges flying around within the establishment itself. Somehow, the politician got himself acquitted by the court while a few of his minions were convicted. It happens everywhere, the big fish always gets away while the small fishes get caught.

It is indeed amazing that the overall drug scenario had changed so much in recent times and now the time has come for a deeper introspection as to how it has evolved to such a state and what facilitated the proliferation of home-grown drug manufacturing units within the boundaries of the state itself.

Decades ago, Manipur was just a transit point in drug smuggling originating from the infamous Golden Triangle, as it shares a 400 km long border with Myanmar.

The Golden Triangle is an area where the borders of Thailand, Laos, and Myanmar meet at the confluence of the Ruak and Mekong rivers. The Golden Triangle is commonly used more broadly to refer to an area of approximately 950,000 square kilometres that overlaps the mountains of the three adjacent countries. Three decades ago, this region produced more than 70 per cent of all opium sold worldwide, most of it refined into heroin. Today the area averages about 5 per cent of the world total, according to the United Nations Office on Drugs and Crime. The Golden Triangle has been eclipsed by the Golden Crescent - the poppy-growing area in and around Afghanistan that is now the source of an estimated 92 per cent of the world's opium, according to the United Nations, which bases its statistics on satellite imagery of poppy fields.

Merely rewarding policemen for seizure of drugs and couriers is not enough, and after all it is their job. The main focus should be on investigation part of the drugs which found its way into the hands of the law-enforcing agencies and in finding out who are the powerful patrons or drug-lords behind this lucrative business. Just as the Centre has Narcotic Control Bureau (NCB), the state has Narcotics and Affairs of Border (NAB) under the Police Department. But, the main job of NAB seems to be collecting intelligence on drug movement and stopping it while the focus should be on the larger picture of drug trade and drug lords. For this to happen, NAB needs to be peopled with dedicated and committed police officers with clean records and if possible officers who have a personal axe to grind against drugs.