ZUF chairman Jenchui Kamei stated that Jadonang’s sacrificial death was kept in silence for almost a century with no sufficient deserving recognition made by the government of India till date. 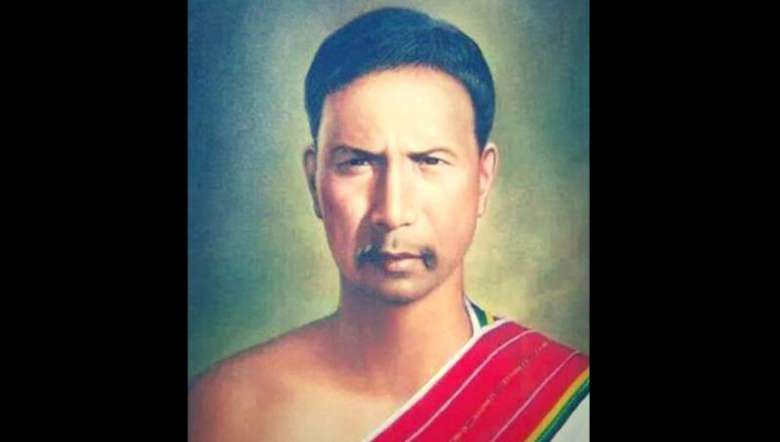 Zeliangrong United Front (ZUF) extended greetings of hope and happiness to the people of Zeliangrong community on the 90th Haipou Jadonang Martyr’s Day on August 29.

“We cherish this hope that someday our aspirations will be fulfilled and freedom realised. The harder and more difficult the struggle seems, the nearer and sooner the final victory to be achieved,” ZUF chairman Jenchui Kamei stated in his message.

He urged the Zelaingrong people to observe the day by paying homage and tribute with earnest desire and intent to honour Haipou Jadonang since he has done a great thing for his people that they may enjoy the taste of freedom in their lifetime.

Ninety years ago, Haipou  Jadonang lived and died for his people so that they might be proud of who they are as free people in their homeland. Zeliangrong people observe and commemorate the day of Jadonang’s Martyrdom, with a deep sense of tribute and also resentment for the unrewarded or discredited death unusual to the human world, he added.

Jenchui stated that Jadonang’s sacrificial death was kept in silence for almost a century with no sufficient deserving recognition made by the government of India till date.

Jadonang died fighting the enemies of India like any freedom fighters of India equal in all counts and points. Yet, he was left out and ignored as his resistance movement against the foreign invasion was not accounted as deserved, Jenchui stated.

His resilience and valiant fights were well recognised by the then British India and targeted him as one of the revolutionary leaders and hanged him with a show of imperial power over the kings and people of the land in this part of the world, the chairman of ZUF stated.

Jenchui stated, “Nevertheless, we shall not lose our rein or vein of hope. We shall fight on. For our cause is right. Our struggle is upright and inalienable. Every nation has its own history of struggle, suffering and sacrifice paid as the price of freedom. We too shall tread the path and pay the price of our freedom.”

Jenchui continued that he did not count the strength of the oppositions or power of negotiations. But he valued and counted the cost and value of Zeliangrong peoples' hopes and aspirations to attain for what they have been struggling and attempting for.

Jenchui announced that a book, ‘The People’s Sentinel’ is being released by pastor Adin Newmai, Zeliangrong Christian Fellowship Shillong in commemoration of Haipou Jadonang Martyr’s Day, to mark the occasion a memorable and significant assertion of Zeliangrong peoples' determined aspirations.

Jenchui expressed the hope that the book will give a brighter light on the path of peoples' struggle and that the readers will better understand the perspective of Zeliangrong United Front which is holding and taking the legacy of Zeliangrong people’s political aspirations forward.