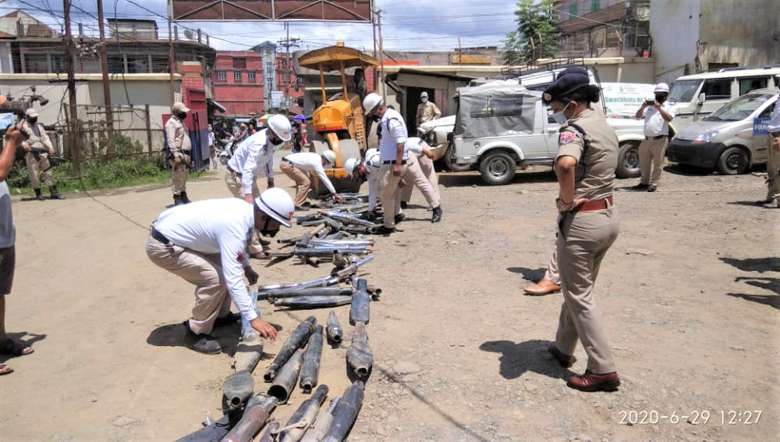 Exhaust pipes line up to be destroyed (PHOTO - IFP)

The exhaust pipes were taken off from motorcycles which were seized for failing to conform to Motor Vehicles Act.

She exhorted the public to always wear helmets for their safety and avoid triple riding. She also called upon the people to follow traffic regulations like avoiding wrong parking, following one way traffic in the main town, not taking U-turn where not permitted, avoiding unloading during restricted hours from 8 am to 6 pm among others.

She also thanked the people for providing necessary foodstuff in the present crisis. James Vaiphei said the pipes destroyed on Monday were those seized since June 2019. Asking the motorists to be more responsible, he added that traffic rules will be enforced continuously.