Questioning where the urea has gone if the farmers are still facing shortages, LOUSAL president Mutum Churamani said the menace of selling urea in the black market has gone unchecked. 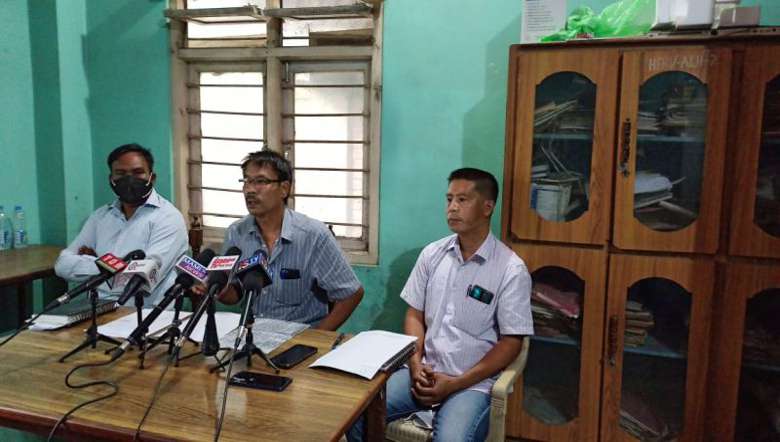 Loumi Shinmee Apunba Lup (LOUSAL) has demanded an inquiry into the issue of urea shortage in Manipur by forming a house inquiry committee.

LOUSAL president Mutum Churamani during a press meet held on Sunday at the office of Ethno Heritage Council (HERICOUN) claimed that the issue concerning shortages of urea crops up every year.  For this year, urea distribution was started in June but the farmers are still complaining of urea shortages, he added.

He recalled that in the 13th Assembly Session, Sugnu assembly constituency MLA K Ranjit Singh said on calling motion that there are 1,95,000 hectares of paddy land in the state.

Since no one in the assembly session argued against the data presented during that calling motion, it meant K Ranjit’s statement was right, he said.

He said that a farmer needs three bags of 45-kg urea for one hectare of field according to experts in the Agriculture department. While the total urea requirement is 2,41,000 bags, the Centre had allotted 4,40,000 bags of urea into the state with an excess of 1,97,000 bags, he said.

It was informed that farmers will get enough urea in a week but they are still facing a shortage of urea.

In the meantime, the Agriculture minister also informed that from the total quantity of urea allocated by the Centre, "one-and-half rate" of the urea are yet to be provided though "one rate" of urea is on its way.

Questioning where the urea has gone if the farmers are still facing shortages, Churamani said the menace of selling urea in the black market has gone unchecked.

There have been instances of urea bags getting smuggled into Myanmar through the border town of Moreh, he said. Urea is widely used in the illegal cultivation of poppy, he further said. The farmers have claimed that poppy plantations are increasing in some hilly areas, he added.

Keeping these under consideration, he urged to form an inquiry committee and investigate into the matter and frame policies as per the findings.