TRC Phom (AMN) general secretary Chaoba Kamson appealed to all to uphold the footstep of Haipou Jadonang and his ideology. 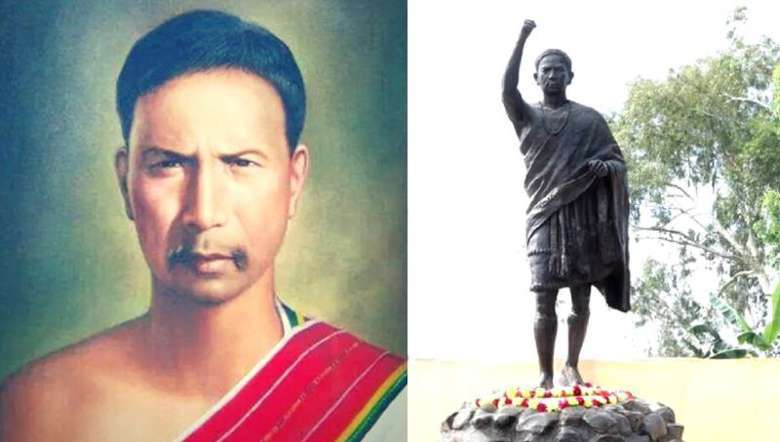 Invoking the Almighty Tingkao Ragwang and as a mark of respect to the departed soul, songs composed by Haipou Jadonang himself were sung. Worship service along with one-minute silence, candle lighting and floral tributes marked the 90th death anniversary of Haipou Jadonang, the TRC (AMN) stated in a release.

"Haipou Jadonang was hanged to death on this day by the mighty colonial British ruler of that period without any legitimate  trial and procedure," it stated.

During the observation, resource person Kamei Rockos shared the life history of Haipou Jadonang emphasing the significant contribution of Jandonang where he strongly propagate to reform and promote our rich cultural activities and customary law of the aged old indegenpus religion by constructing a Kalum Kai (Worship House) at four different places in Puilon (Kambiron), Longkao, Tazei kaiphun and Binakandi during his lifetime, the TRC (AMN) stated.

Meanwhile, TRC Phom (AMN)  general secretary Chaoba Kamson appealed to all to uphold the footstep of Haipou Jadonang and his ideology.