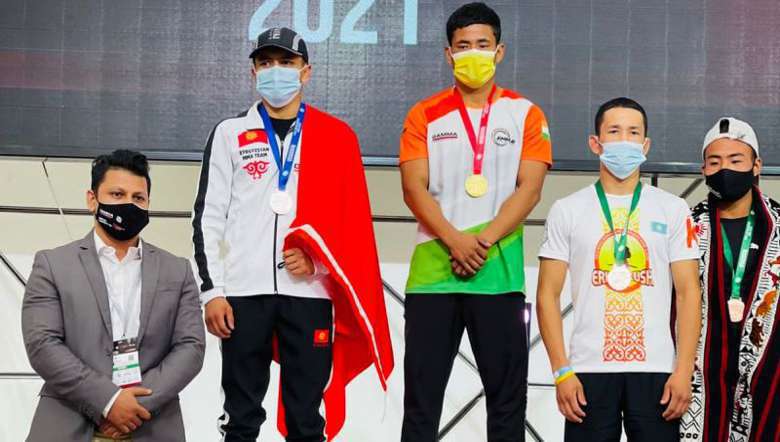 Manipur’s Dinesh Naorem secured a Gold Medal and a Silver Medal at the GAMMA Asian MMA Championships 2021 which was held in Kyrgyzstan from August 24 to 28, 2021.

In the Striking MMA discipline, he secured the silver medal after suffering a close loss to Yermakhan Oryntayev of Kazakhstan. Dinesh was on his way to win the fight but missed out closely as the Kazakhstan fighter managed to get a submission victory, as per sources.

Earlier, Dinesh had progressed to the finals with a win over Vishnu Warrier of India in the semi-finals.

In the finals of the 56.7 KG MMA discipline, Dinesh defeated Uson Murzabek of Kyrgyzstan in the finals, sources stated.

Dinesh had a great performance in the match and dominated throughout the three rounds to pick up the win and the Gold Medal. Prior to that, he picked up a win against Arsenba Ozukum of India in the semi-finals and had defeated Doston Nasriddinov of Uzbekistan in the Quarter-finals.  India won a total of four Gold Medals at the event, as per sources.