The Union minister of state for civil aviation on Saturday discussed at length with officials about the development of heliports and increasing air connectivity in the Northeast region. 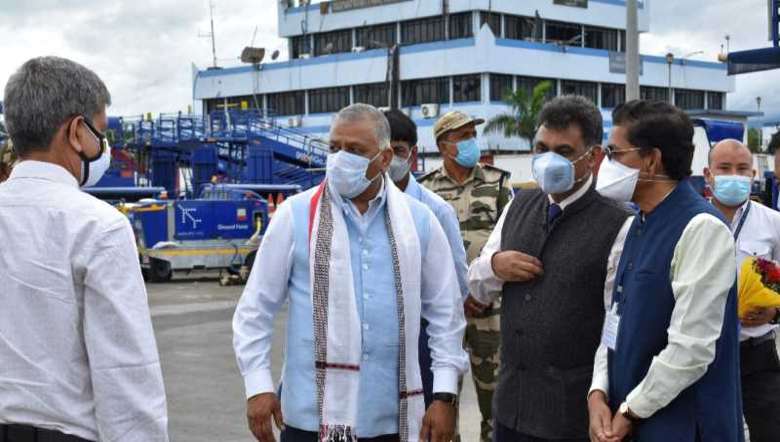 Union Minister of State for Civil Aviation, VK Singh suggested the Airport Authority of India (AAI) to focus more on the local flavour in designing the Imphal International Airport's terminal building. He emphasised that one should feel that he has landed in Manipur when he steps into the terminal.

The union minister made the suggestion during a meeting held with the authority of Imphal International Airport and the state government officials, including Works Minister Th Biswajit at the Imphal Airport on Friday.

During the meeting, Singh also discussed at length with the officials about the development of heliports and increasing air connectivity in the Northeast region.

NER regional executive director, Ravi Kant also presented a slide show on the progress of various projects undertaken by AAI in the north-eastern region and pointed out that the projects are running behind schedule due to the pandemic.

In this regard, Singh advised the airport authority to speed up the pace of all the projects as the situation is improving. A virtual 3D animated walkthrough video of the proposed terminal building of Imphal Airport and its surroundings was presented during the meeting.

The union minister of state was in Imphal for a two-day visit. He arrived on Friday afternoon and departed on Saturday afternoon. During his visit, he was accorded a warm welcome at the airport by the Works minister, high ranking officials of the state government and Airports Authority of India.

VK Singh, who is also the Union Minister of State for Transport and Highways, also met Chief Minister N Biren and discussed various developmental projects in the state.