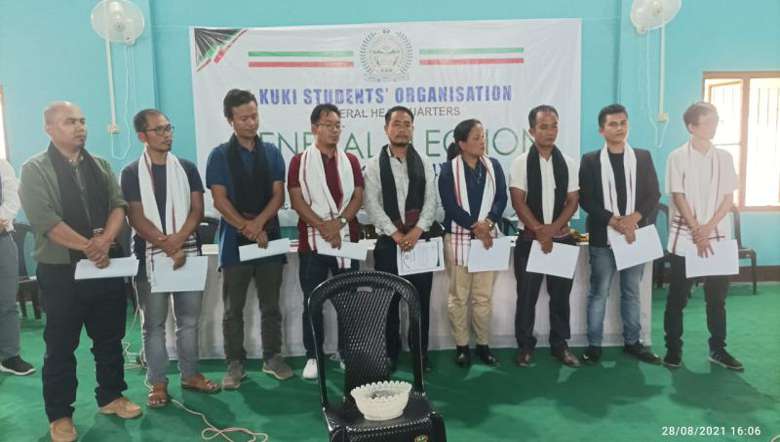 The Kuki Students' Organisation (KSO) General Headquarters elected its president along with five cabinet posts in the general election for the term 2021-24 held on Saturday at Kuki Inpi Churachandpur (KIC) office complex at Tuibong, Churachandpur district.

The general election was conducted by the Standing Committee members of KSO-GHQ where Jangmang Haokip acted as presiding officer and Haopu Khongsai as returning officer. Prior to the election, a formal function was held at KIC complex led by the standing committee.