No affiliation given to any state kickboxing association: Manipur Olympic Association 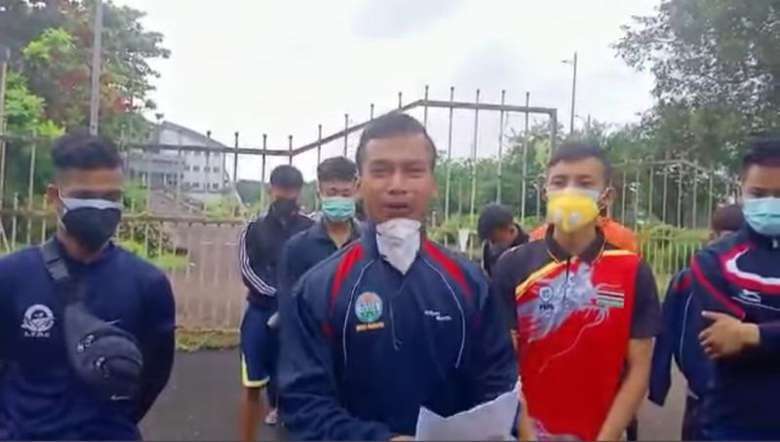 The Manipur Olympic Association (MOA) has clarified that the association has no role to play regarding the incident in which the kick boxing team of Manipur was not allowed to participate in the national kickboxing championships.

A release signed by MOA secretary general, Sunil Elangbam has stated that the association learned about the incident through a viral video footage and felt dismayed as it happened in the case of sports.

“I on behalf of the MOA would like to clarify in the eyes of justice and the general public that MOA has not given affiliation or recognition to any state-level kickboxing association till today as per record maintained by the office. MOA is an apex sports body of the state which has its own guidelines and constitution,” stated the MOA secretary general.

“I would therefore, earnestly appeal to all the concerned sports associations not to misguide the youths and sportspersons of the state so as to avoid any untoward incidents in future," he said.

The prestige of the state is so important that only the genuine body should participate in the genuine national sports competition or championship with justice and fair play, the release added.

One of the players, Sapam Deva, told the Imphal Free Press over the phone that they were denied entry for the trial as another team from Manipur had already participated in the trial.

In the video, one of the players was seen wiping his tears while narrating their ordeals. The player claimed that Manipur Olympic Association had already approved their names for the selection a month ago, and they went for the trial with approval of Youths Affairs and Sports department, Manipur.

However, they were denied entry into the venue when they reached the venue of the trial. The player said, “Our family backgrounds are not economically sound but we have worked really hard and have come for the trial.”

Even the chief minister of the state, N Biren Singh had personally said that Manipur is the powerhouse of the state. Following the footsteps of many talented and well known sportspersons from the state, the players have come for the trial, he added.

However, they learnt that there were two groups from Manipur coming to represent the state when they reached the venue, he said.