At 116, one of the world’s oldest men passes away in Manipur’s Churachandpur district

Born in 1905 at Dailon village in Thanlon Sub Division of Churachandpur district, Jamkhopao Singson breathed his last on August 24. 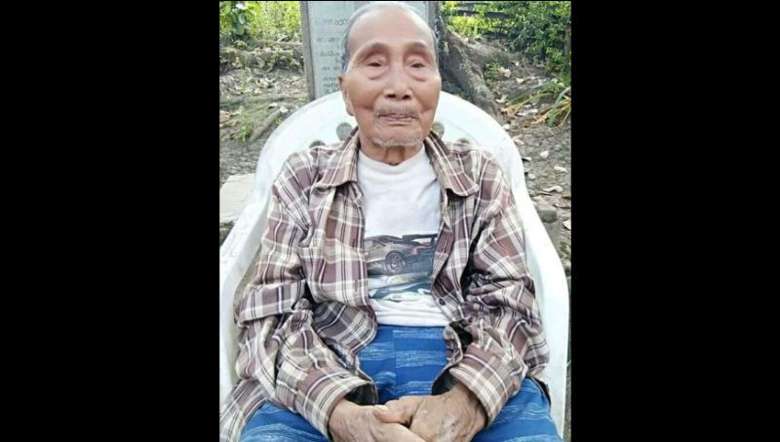 Although not officially verified and recognised by the Guinness World Records, Jamkhopao Singson, a 116-year-old resident of Tuinom village in Churachandpur district could have been the world’s oldest man before he breathed his last on August 24.

Puerto Rico's Emilio Flores Márquez had officially been confirmed by Guinness World Records as the world’s oldest person living (male) with a confirmed age of 112 years and 326 days. But after his death on August 12, 2021, 112-year-old Saturnino de la Fuente García of Spain, born 8 February 1909, is the world's oldest known living man.

Born in 1905 at Dailon village in Thanlon Sub Division of Churachandpur district, Jamkhopao Singson grew up to be very introverted since he became an orphan after both his parents passed away at an early age.

Jamkhopao Singson and his wife Tingkhochong, whom he married in 1940, had four daughters and six sons, most of his children are still alive, except one daughter and one son who had passed away. He has seventy grandchildren and few great-grandchildren. His wife died in 2010, after 70 years of marriage.

He was a non-alcoholic, non-smoker. His favourite curry was pork meat. He loved listening to Christmas songs and his favourite Bible verse is Matthew 11:28. He loved to spend time with his grandchildren and others, and loved playing football which he used to play with his sons and also took part in a local football match.

He was a hardworking man, who could harvest 1,000 tins (local measuring unit) of paddy rice in a traditional jhum paddy field. He had celebrated his harvest thrice with his community, traditionally called 'Chang-Ai' in the local dialect.  On every occasion, he managed to harvest 1,000 tins of paddy rice when he was at T Thenjol in Henglep Sub Division of Churachandpur district.

Mary Singson, one of his granddaughters, the present vice president of Thadou Youth Association and District Youth Congress Sadar Hills general secretary (Organisation) said that her grandfather was an early-risers who used to get up for walks and interacted with everyone. “He always taught us to be good and share with others and to be good to others,” she added.

She said that her grandfather had not a single record of fighting, confrontation with anyone till his death and always believed in peace and cordial relationship with all.

“I believe his longevity is because of his peaceful attitude and happiness,” she said. He needs no special treatment on food, clothing, and others as he lived a very simple life, she added.

He was so dearly loved by all his children and grandchildren that he could always remain happy with them and this could have been a reason for his longevity, she said. Many people do not love and respect elderly people and it hurts them, and could eventually lead to a short life, she said.

“We feel blessed that our grandpa could live up to the age of 116 as we could seek blessings and he always prayed and blessed us,” Mary added.

According to a video shared by his granddaughter Mary, the late Jamkhopao was seen walking with the support of a stick even at the age of 116 which testified that he was a healthy man.

He loved dancing during Christmas time but he could not do so last year as the Christmas celebration was not encouraged owing to the lockdown.

According to Mary, he died peacefully on August 24 at around 11:15 am.