General secretary of NPP and intending candidate Noorul Hassan appealed to the people to have faith in NPP for the sake of people’s welfare. 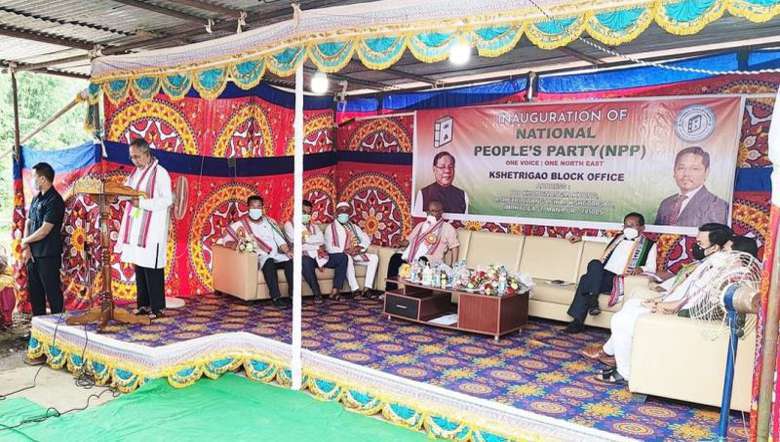 During the inaugural function, Joykumar highlighted the objectives and functions of NPP and briefed the history of the party. He said NPP's origin is in Manipur though the party is for all Northeast states. He assured that the different issues and problems of the state will not be solved until a common approach of solving them is undertaken. “Issues and problems of the state should be solved by us not by outsiders,” he added.

He said in the last few general elections, the NPP was not able to produce enough candidates. However, a good number of ruling candidates from NPP are expected to come in the coming general election, he assured.

Due to the lack of leaders with wisdom among the Meitei-Pangal community, the community is lagging behind in every field, he said. He said that the party wants to support young politicians but the young politicians who had already won the election are not what the party aspired them to be. He urged that they need to inculcate a sense of regionalism before nationalism.

General secretary of NPP and intending candidate Noorul Hassan appealed to the people to have faith in NPP for the sake of people’s welfare.