DoNER Minister G Kishan Reddy assured the delegation that he will take up the matter at the earliest in a phase manner. 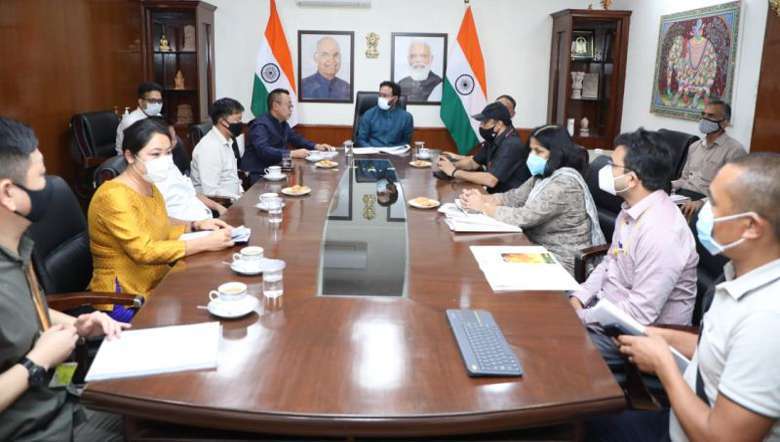 A delegation of the Eastern Nagaland legislators and Department of Under Developed Areas (DUDA) officials apprised DoNER Minister G Kishan Reddy about the special economic package announced by Prime Minister Narendra Modi during his visit to Eastern Nagaland in 2018.

The delegation on Wednesday called on the DoNER minister in New Delhi and submitted various proposals of the Eastern Nagaland development projects for early sanction.

The delegation also highlighted the meeting between the NITI Aayog CEO and officials the day before at the CEO’s office to remind him about the project proposal submitted to DoNER Ministry.

The union minister assured the delegation that he will take up the matter at the earliest in a phase manner and asked the delegation to mention the top priority list for the first phase of the project proposal from the submitted list. He also mentioned that he will discuss with the Prime Minister and other ministries for early sanction.

Later, the delegation called on the Union Minister for Law and Justice Kiren Rijiju at his official residence in New Delhi and briefed him about the Prime Minister's special package for Eastern Nagaland area. They had requested him for kind intervention and support.

Rijiju responded positively and said that he would meet the DoNER Minister and his colleagues to support the project submitted in the DoNER Ministry to get through on time, the DIPR added.