Taliban: The Difficult Way Ahead

India is in for bad times with limited options, especially the long history of relations acting like a millstone on its neck. Taliban is likely to support the rebels in Kashmir. India will have to do tight-rope walking with limited rooms to manoeuvre and the outcome will depend on the skill of the negotiators. 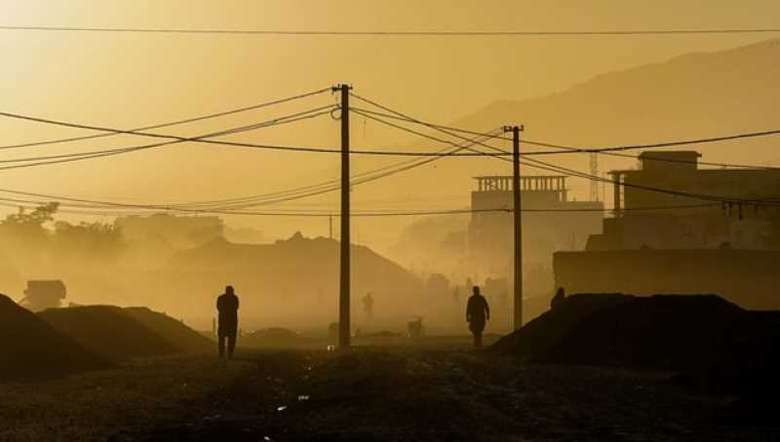 The quick success of the Taliban in capturing Kabul was a surprise. The general belief is they have innumerable armed fighters literally swamping the government forces like the Mongol hordes of bygone years. This is a fallacy as Taliban have only about 80,000 armed cadres while the government forces have about 3,00,000 personnel. Then why did the government forces recapitulate so quickly and surrender meekly? And is the second avatar of Taliban different from the original version?

After the Taliban was ousted from power in 2001, USA and NATO provided forces to maintain order with the United States leading. During the two decades, Taliban bled the foreign forces leading President Trump to start negotiating with the Taliban. The two decades have seen tremendous changes, even fielding a women football team which just can’t be visualised under Taliban. The greatest loss after the Taliban resurgence is to women, children and the minorities. Sharia laws will be enforced as per its interpretation by the fundamentalists. There are a number of well educated leaders among the Taliban but the fundamentalist will rule the roost. Women will be forced to withdraw from public life thus suppressing half of the population.

Moderate Taliban is anathematic and as experience shows Iran, the fundamentalists will decide. The summary execution of military commanders indicates that they will not and can’t change, The Americans have pumped in huge amounts of resources and many countries including India have invested heavily, but now foreign nations will be reluctant to do so.  The US took the responsibility to arm and train the government forces for nearly two decades but the competency and the efficacy of the trained forces are now questioned. President Biden claims that the government is extremely corrupt and that half of the armed forces are on paper only. Then what was the US doing for the last two decades? Why did they fail to focus more on Vice President Saleh rather than on President Ghani if the latter is seen as corrupt? Now arms may flow to militants in other countries like India, China, etc though heavy hardware like tanks, aircraft, artilleries have been disabled by the fleeing personnel and despite China coming out in support of the Taliban, they have to keep a watchful eye as Taliban may support the Uyghur rebels as they are fellow Sunnis. China has to protect its interest and they have no alternative but to chummy the Taliban.

One cause of the meek surrender of the government forces is the haphazard and hurried withdrawal of the US forces. The government forces were relying on the US air support but with the hurried departure, they just did not have the air support to counter the Taliban. The US in trying to save their own skin ditches their allies for two decades, leaving them at grave risk. Another factor is that the Taliban is a dedicated lot; believing that death on the battlefield will surely land them in paradise in their afterlife. Their faith is so strong that they are willing to sacrifice their life for their belief and they are fighting an enemy which has minimal commitment to democracy. Thus, on the onslaught of the dedicated band of cadres, the government forces wilted.

It seems that leadership in the government forces should have been to develop a band of leaders capable of leading in battle. That was not and thus the result. The focus was lopsided and the US had to leave with its tail between its legs. Yes, as per understanding, the Taliban did not attack the US forces and even despite controlling the capital Kabul, the ATC of Hamid Karzai International Airport continues to be managed by the US forces and by August 31, all Americans will leave and Taliban will then be in control of the airport also.

The US has in recent past ditched their allies; be it the Kurds in Syria and now in Afghanistan. After the end of the Cold War, with the then USSR balkanised, from a bipolar world, it became a unipolar world with the US as the top honcho. This is now, however, challenged by the rising power of China, the second biggest economy in the world. China was severely hit by the COVID crises and their internal politics and the US after the hurried Afghanistan withdrawal may face a similar reaction of having a serious trust deficit. These two countries seem not to have the ability to lead the world in the 21st century.

The US, whoever is the President, has its own interest as their priority and have no qualms of ditching their allies when the crux comes. It is true that no country can stay in another country to maintain order for a long time as it is costly both in terms of man and resources and it should be the Afghans to decide on their future.  The tendency of the liberal democratic nations to insist on democratic form of government in others despite the lack of infrastructure to build on is the reason for the failures. China till Deng exported communism, but took the advice of Lee Kwan Yew to focus on trade and refrain from exporting communism, and now where is China? They are ready to do business with any government irrespective of the type of government and their only agenda is the benefit it will accrue to China. The US only thinks about themselves and is too narcissistic. In hindsight, it seems that Biden would never have won the Presidency if there was no rebound from the crazy days of Trump.

India is in for bad times with limited options, especially the long history of relations acting like a millstone on its neck. Taliban is likely to support the rebels in Kashmir. India will have to do tight-rope walking with limited rooms to manoeuvre and the outcome will depend on the skill of the negotiators. India, however, needs to engage with the Taliban and continue the work already underway. It is not possible to choose the type of government in other countries and the only alternative is to deal with whosoever is in power there.

Taliban also has its problem as they may not be able to wrest the Panjshir Valley, home of the Tajiks, despite them surrounding the valley. In their first avatar, they could not enter the valley and with the military armaments still intact with the Tajiks, they have a difficult task ahead, though they are better prepared with heavy artillery and air power. Taliban fighters are not so well trained; throwing out a regime is easy, but governing is altogether a different ball game. They will be facing a group more determined than them, with charismatic leaders like Ahmad Massoud, son of the Lion of Panjshir, Ahmad Shah Massoud leader of the Northern Alliance who was assassinated, and Vice President Amrullah Saleh, who declared himself as the Acting President after President Ashraf Ghani fled to UAE, who is now based in the valley. These are committed individuals and known for their leadership quality. Saleh had suffered in the hands of the Taliban in 1996 when his sister was arrested and brutally killed as were many of his near and dear. Even the Russians failed to conquer Panjshir Valley and there are about 10,000 hardened fighters in the valley. Many members of the government forces have vanished with arms and with the return of many former warlords, Saleh can mobilise about 40,000-50,000. The valley can become the rallying point against Taliban as it happened earlier. Besides, due to Taliban’s behaviour a mass uprising cannot be ruled out and history may repeat itself.

The US has left Afghanistan, but the country will be in turmoil and as there cannot be a vacuum; countries like Pakistan, Russia, China, etc will try to manipulate things there, much to the chagrin of the United States. In fact, the US had made a series of blunders like overthrowing Gaddafi, Sadam Hussein, etc making way for the fundamentalists to rise. Perhaps, the age of the US and other western power is slowly coming to an end

Pakistan is rubbing its hands in glee over the takeover by the Taliban. But for how long? It will be impossible to control the fanatical Taliban. Pakistan is basically a sham democratic nation, with the military in control and the elected government is literally a puppet having little say on most issues. The Taliban may help the fundamentalists in Pakistan, which will rear its head more arrogantly. Pakistan has always played a double role, running with the hares and hunting with the hounds as seen when they harboured Osama-bin-Laden, while purportedly helping the US fight Al-Qaida. Imran Khan needs to be careful else the next killing field may be in Pakistan.