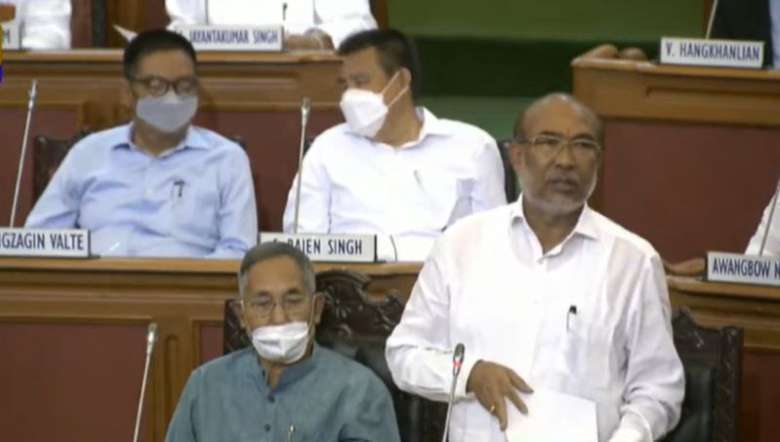 Manipur Chief Minister N Biren Singh on Tuesday said the state government is taking up steps to increase the number of Manipur Guest Houses in several states, including Delhi, Dwarka, Gurgaon, Shillong and others, for the convenience of the people from Manipur.

Biren assured the House that the state government will try to acquire a new location to shift the Manipur Guest House, Vellore, Tamil Nadu and for its proper functioning and maintenance, it will be transferred from the Social welfare department to the General Administrative Department (GAD).

The chief minister gave the assurance while responding to the calling attention raised by opposition MLA D Korungthang regarding the reported deteriorating condition of Manipur Guest House located in Vellore on the last day of the 13th session of the 11th Manipur Legislative Assembly.

Biren said the issue is one of the important issues of the Manipuri people who are going outside the state for treatment and students who are going for further studies but faced inconveniences to stay in hotels.

In the past, the Manipur Guest House in Vellore was located at a separate place but due to land dispute it was shifted to another place in 2006. The present guest house has 11 flats in 3 different blocks. During that time, there were less congestion.

During his recent visit, Biren discussed with some of the students of the area to find a separate plot in order to construct or to get a new Manipur Guest House. He said as the maintenance could not be done properly by the state social welfare department, it will be transferred to GAD. For now, before constructing or getting a new guest house a team of officials will be sent to monitor the condition in order to start the process of repairing the guest house, he added.

Contract staff will be engaged to operate and take care of the state guest house, Biren added.

During the five-day-long session summoned by the Governor of Manipur, there were three days sitting starting with eight obituary references. In the whole session 18 starred question were placed, 16 unstarred one withdrawn, four papers were laid, five calling attention, 17 intimation of government assent bills, one motion for extension of time for presentation of committee report, four presentation of committee reports, and seven government bills were introduced and passed.