ADC Bill 2021: ATSUM said the tribal leaders with the support of tribal populace will not waver nor bow down to any forces trying to suppress the tribal movement. 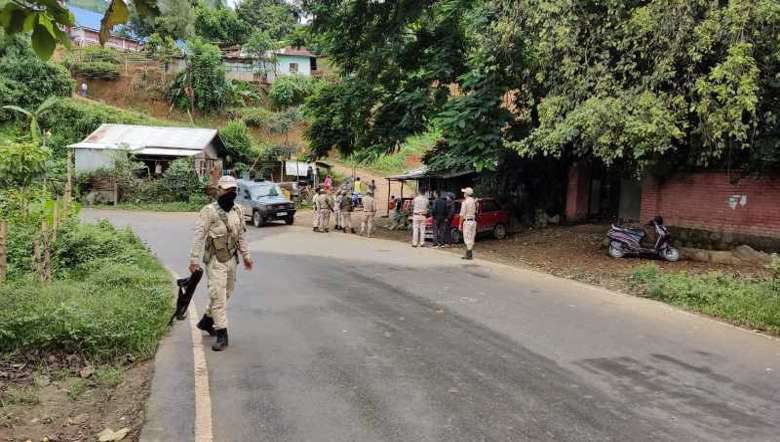 The All Tribal Students Union Manipur (ATSUM) has termed it a “desperate act” on the part of the state government in foiling the tribal consultative meeting on the Manipur (Hill Areas) Autonomous District Council Bill, 2021, which was proposed to be held in Imphal on Tuesday. It said the act reveals its “partiality, autocratic and rhetoric nature” of governing the state.

Condemning the ‘biased act’ of the state government in not allowing the holding of the tribal consultative meeting scheduled in Imphal on Tuesday, ATSUM stated in a release that the act of the state police at the behest of state government will not find solution, rather it will escalate the situation. Also Read: Manipur police foil ATSUM's public consultative meeting over ADC Bill, 2021

The tribal leaders with the support of tribal populace will not waver nor bow down to any forces trying to suppress the tribal movement, it added.

The release stated that the state government, which proudly claimed to have administered people oriented and socially tranquil administration in the state failed to keep its advocacy by permitting the valley-based organisations to convene public meeting on the ADC Bill 2021, whereas the tribal organisations were deprived of the same at Imphal, the capital of the state.

The ATSUM seriously termed it a “belligerent act” of the Manipur state police in repeatedly conducted surveillance of the houses of tribal student leaders in Imphal, the release stated.

After the state police reportedly foiled the ATSUM Public Consultative Meeting which was proposed to be conducted at 1 pm at Amity Hall, Adimjati Complex, Chingmeirong, Imphal on Tuesday, the meeting was rescheduled and held at Motbung, Kangpokpi district. Also Read: Will take all steps to place ADC Bill 2021 before state cabinet: Manipur TA and Hills minister

As per ATSUM, the meeting resolved to form a committee under the aegis of ATSUM to shoulder the ADC Bill 2021 movement and to organise a Consultative Sensitisation programme on the "The Manipur (Hill Areas) Autonomous District Council Bill, 2021" in all hill districts.

The meeting also resolved to condemn the “biased act” of the state government for not allowing to conduct the Tribal Consultative Meeting on ‘The Manipur (Hill Areas) Autonomous District Council Bill, 2021 recommended by the Hill Areas Committee in Imphal.

As per ATSUM, the meeting unequivocally appreciates the initiatives of the chairman and members of HAC in recommending a historic bill which sought to empower the Autonomous District Council under Article 371 C.