Manipur coalition and the fear of displeasing the centre

N Biren Singh should note the difference between fulfilling the demands of the coalition partners and a dispassionate understanding of the issue from a refined perspective. 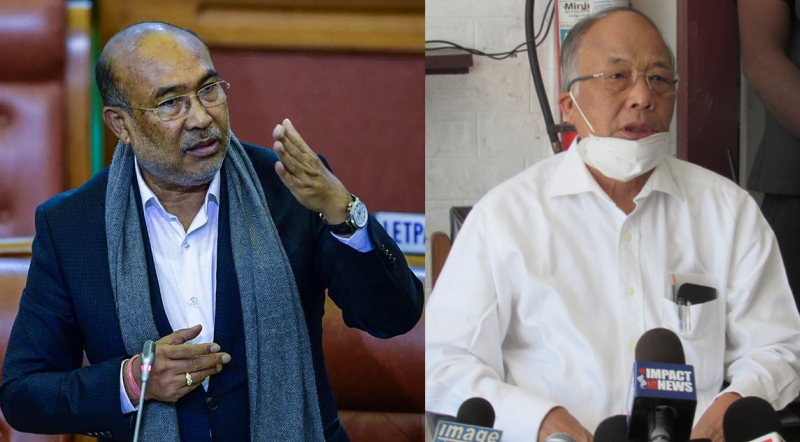 For the past many years, successive governments in Manipur and local leaders have danced to the tune of a belief that displeasing New Delhi would bring an uncertain future for the people of the state. This belief has been adequately exposed with the recent result of the election to the lone Rajya Sabha seat and the political imbroglio that the state had witnessed in the aftermath of four National People’s Party (NPP) leaving and finally returning back to the state coalition government.

N Biren’s anxiety may be over for the time being. And he has correctly assessed the intention of the MLAs and has also consolidated his support base by keeping adequate MLAs within his own circle of influence. This way he has also kept his reign intact by at least deciding on what he now intends to do. He has to bring about a workable solution within the ambit of the set rules under the Constitution of India. However, it has been learnt that the real need of well intentioned advisors of legal, political and administrative complexity have been kept in abeyance. This is done perhaps with the intention to pull himself out of a muddle created by his own weakness on grasping the finer details on the issues at hand while holding on to unbridled power.

For instance, the chief minister seems really confused on how post independent India inherited a large number of colonial legislations and practices that shifted the semantics of well intentioned politics. He seems to be even more perplexed when it comes to how coalition partners could be kept in good humour while controlling his own party legislators. Perhaps, this weakness has besieged not only N Biren but also his prime rival and Congress Legislature Party leader O Ibobi Singh.

What is even more astounding is the fact that those who had been advising the chief minister and the opposition leaders are also caught in equal quagmire or perhaps stuck in a redundant fear of not being truthful to their thoughts. So long as one is not honest about their intentions, the leaders and the advisors would continue to swim in a sea of unending woes.

The poverty of ideas afflicting the chief minister’s coterie can also be guessed from the fact there are people there who have absolutely no clue to the dynamics of neighbouring states like Nagaland, Assam and even Mizoram when it comes to number games in the overhyped democratic tradition. What they are likely to know at the most are casual official statements of these governments or some superficial remarks by those who pretend to know.

In fact, they would be immensely benefited if the chief minister had an independent team of consultants instead of relying on some armchair bureaucrats or politicians whose esteemed knowledge do not extend beyond the fertile soils of the valley.

N Biren Singh should note the difference between fulfilling the demands of the coalition partners and a dispassionate understanding of the issue from a refined perspective. The latter would help him get rid of a fear unnecessarily generated by those who pretend to swear by the book.