Will take all steps to place ADC Bill 2021 before state cabinet: Manipur TA and Hills minister

11th Manipur Legislative Assembly 13th Session: Tribal Affairs and Hills Minister Vungzagin Valte appealed to all tribal communities of Manipur to have faith in the due process of law and the present BJP-led government. 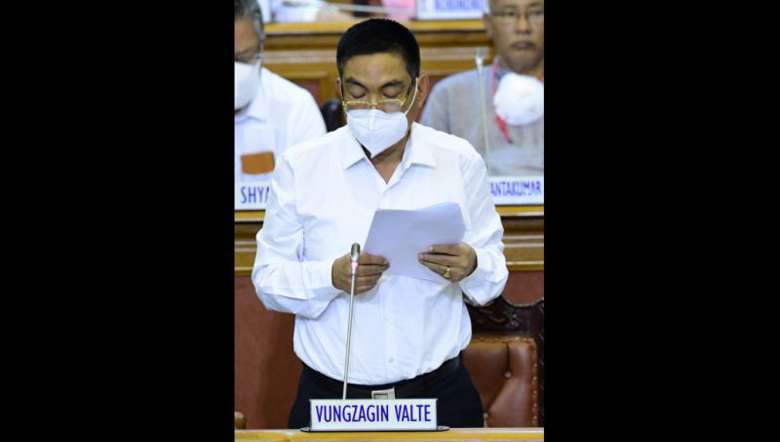 All steps will be taken to place the Manipur (Hill Areas) Autonomous District Councils Bill, 2021 before the state cabinet, Tribal Affairs and Hills Minister Vungzagin Valte said during the zero hour of the 11th Manipur Legislative Assembly 13th session on Tuesday.

Appealing to all the tribal communities of Manipur to have faith in the due process of law and the present BJP-led government, the minister said that the government is extremely committed to provide tribal centric development throughout the state.

The minister informed that the Tribal Affairs and Hills department in a press clarification had requested for sufficient time from the Hill Areas Committee to follow due process of law before placing the bill before the State Assembly.

The press clarification had mentioned that the bill is a complex matter, it requires detailed examination by the department with the relevant departments of the state government, including the law department and the office of the learned AG.