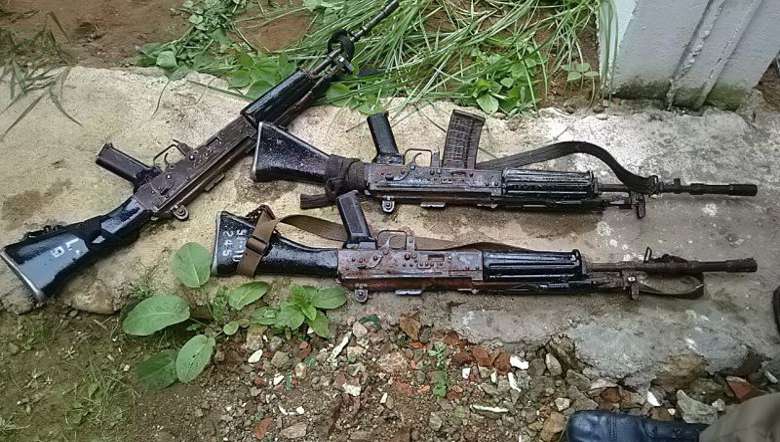 The three INSAS rifles that were snatched by some youths from the police of Mawkynroh-Umshing Outpost in Meghalaya on Independence Day were recovered from the Umkhrah river on Monday afternoon.

Assistant Inspector General of Police (A) GK Iangrai informed that the three INSAS that were stolen from Mawkynroh-Umshing Outpost on August 15 have been recovered from Umkhrah by the Search & Rescue Team (SRT) of the Fire & Emergency Services and the East Khasi Hills district police.

He said the Meghalaya police also expressed its sincere gratitude to the Rangbah Shnongs of Mawlai Town Dorbar for their continuous support and to the youths who had taken the initiative to inform the police through the anonymous letter.

On August 15, a police vehicle (black Scorpio) belonging to Mawkynroh outpost was set ablaze at Jaiaw. A group of youths snatched the weapons of police personnel and seized the vehicle and took it for a ride before setting it on fire at Jaiaw.

The incident was a display of anger against the alleged gunning down of the former Hynniewtrep National Liberation Council (HNLC) leader Cheristerfield Thangkhiew in his residence on August 13 morning.